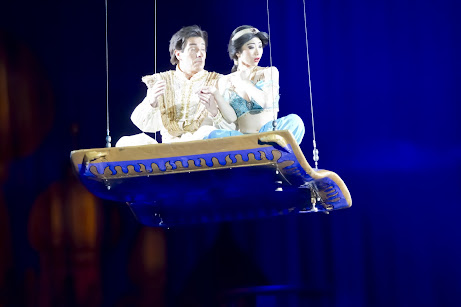 It's been a rough week or two, for me personally. I've been fighting a bug and all I want is to rest, but there's work to go to. Anthony too has been under the weather. He's finally turning the corner now.

It would be easy to just focus on my misery.

That's not the point of today's blog.

So many new and wonderful changes are happening around us!

For example, the Schumann resonance frequency is returned and is shining brighter than ever today!

At my work, the decision by the CDC trickled down through our state board of health, in that those who had the you-know-what, and those who didn't, are the SAME. No more testing of those who didn't. No more N-95. No more segregation in the lunchroom where those who didn't  were banned from eating there. We had to eat down the hall.

As it stands, those who didn't get it, came to prefer eating in separate areas, so those areas will remain open.

Even visitors to the hospital will no longer need to show proof of anything in order to be permitted inside to visit their loved ones.

The only one that remains is the mask mandate inside, and we would love to have actual conversations face to face again outside of the eating areas.

We stopped testing pre-op patients for it months ago. But if there's recent infection, we look for evidence of presence of blood clotting abnormality and risk of deep venous thrombosis and pulmonary embolus.

The personal growth on the inside keeps changing and changing for the better, too. The anxious attachment is healing. I can see how, although well-intended, my parents really set me up to be ill-prepared to function in the world emotionally. As I see signs of catch-up growth, I rejoice! And also, when, like at last night's fortieth high school reunion, I lapsed back into my old ways of interacting (non-assertive, sort of blending in), I was able to love myself and just know it's a temporary setback and not anything wrong or bad.

I was delighted to see familiar faces. And many faces I didn't remember because they had changed a lot.

Our high school has changed into an Urban high school now. When we went it had been suburban. One of the kids who had been bused in came last night. She wanted to find other students who had the same teachers she had. She wanted to honor her teachers because if it wasn't for them she never would have gone to college in a new country; their belief in her and patience and example affected her whole life for the better.

I could hear one of my very Christian friends, who has opened her heart to include gays like her son who died, saying healing words to the people of color in attendance, one on one, 'I wish we had gotten to know each other better while we were in school!' and MEAN it.

I got to see one High School friend, who was curious about Reiki and had taken it upon herself to learn it. I was thrilled to be with her. Her energy was so grounded and wise. I shared with her how when our mutual friend's son had died, he had come to me through mediumship with a message for his mom. I shared how I always honor those who have made the transition, and gave the message to his mom. He also had asked me to send her flowers every year on the anniversary of his death, which I did for like five or six years. Anyhow, upon receiving the mediumship message, I was rebuked in that it wasn't from the Holy Spirit it was forbidden in the Bible to talk to the dead, it wasn't her son, and not to send any more messages.

I shared how painful it was for me. My Reiki friend remarked that she thinks our mutual friend has 'turned around' on 'things' (homosexuality). I saw she was right. And I said, 'but it was so painful and took so much energy for me to hold the space for her !' She nodded in understanding.

My Reiki friend said my daily sending of healing and telling my friends I love them taught her a lot. About showing up. In a Spiritual way.

I didn't know I had made such a difference. It was kind of her to share it.

And, from many other guests at the reunion, the story was the same, 'thank you for the healing', 'I look forward to your posts', 'it makes a difference for me'...

You know very few came with their spouses and significant others to this reunion. At the ten year one it was all couples. But life has change I think, for the better. A few, especially those who had traveled a great distance, brought their spouses. But others well, they have been through divorce, like me. Another, a close friend who had been in the same hospital nursery as I was when I was born, she's an attorney. She raised an adopted Chinese daughter herself.

Another close friend survived breast cancer. She said that every time she had surgery she thought of me, and how I help patients. One time with conscious sedation the numbing medicine didn't work and she felt the 'knife go in'. Only one more year to go for her on the tamoxifen. She has two grandchildren on the way, she gets to be a grandmother for the first time and she's radiant and glowing.

I made some new friends. One is a special needs teacher. She's seen autism rates go way up, and they are more severe, across her career. We just friended each other on FB.

I got to see the hand of Creator last night. In writing the books of our lives. I also found great consolation in how so many of us have 'lost our figures'...at the twenty-year reunion I was a size two, and last night, I wore a size sixteen dress that was a little baggy on me from Pilates. So many of us had tummies. I realized there must be something in the food or our lifestyle for it to affect us so much.

And I saw my oldest friend. We had gone to kindergarten together. We moved across town, her first in sixth grade, me in ninth. She hadn't changed a bit. She knew a mutual friend from the VA Long Beach ICU. Life is awesome how everything connects!

Be Here and Now.

That's all you have to do to notice the big, big, very big changes that are happening in great big swirls of energy all around us.

And the change is also happening within. Keep looking for patterns and you will see growth you have made, which is priceless!