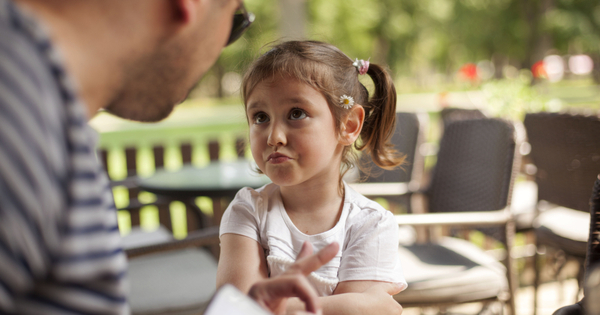 The mother of one of Alaina’s preschool friends posted a surprising and heartbreaking Facebook status abut how sad her little girl was that nobody ever wanted to play with her at recess.  She is in a different kindergarten class than Alaina but we immediately asked her if they had the same free time or if they ever crossed paths anymore.  They are outside at different times but do see each other occasionally and we were relieved to hear that they still socialized whenever able.

Our consciences suitably clear we resumed our long held assumption that we were doing a great job raising a sweet, empathetic little human.  I was left wondering, however, what would we have done if she had answered differently?

It’s not the only time recently when I’ve wondered about the appropriate level of intrusion into her blossoming social life.  We have been very fortunate that the weather has cooperated well enough to allow us to continue our Wednesday afternoon tradition of picnics in the park and have found that there are beginning to a few people that we recognize.

One little boy in particular is always very excited to see us. Big for his age, he is also very loud, very physical, and very emotional. His mother has confessed to sometimes feeling overwhelmed and is grateful to have a place to take him for a few hours and to have found somebody willing to be his friend. I like the fact that my daughter is that person.

I also like that she is outgoing and easily makes friends with other children at the park also. There have been a few times lately when we’ve been joined by one of her best friends. Sometimes these other kids are willing to incorporate the little boy into their playing, but other times they aren’t and often it’s hard to blame them. I’m proud of her efforts to try and include him and so far there hasn’t been a situation that has ended with hurt feelings or a sad little boy with nobody to play with, but what if next time there is? I want my daughter to be that person who is always first to welcome the new kid, to stand up for those being picked on, to not worry about what the rest of the crowd thinks.

I want that, but don’t think that she will become that by forcing her to leave her friends and go play with this kid instead.  Is that wrong?

I think that sometimes as parents we take too much credit when our children are nice but can also be quick to make excuses for them when they aren’t.  We need to be good examples, showing them that we treat everybody the same and make an effort to help and comfort those that need it.  We need to talk to them about how our words and deeds can make others feel, both positively and negatively.  Actions encouraged, others discouraged. A “suggestion” made about who to play with.

Other times though, I think maybe it’s best to just sit back and stay out of the way.

The post Be Nice, so I Don’t Have to Make You appeared first on The Good Men Project.