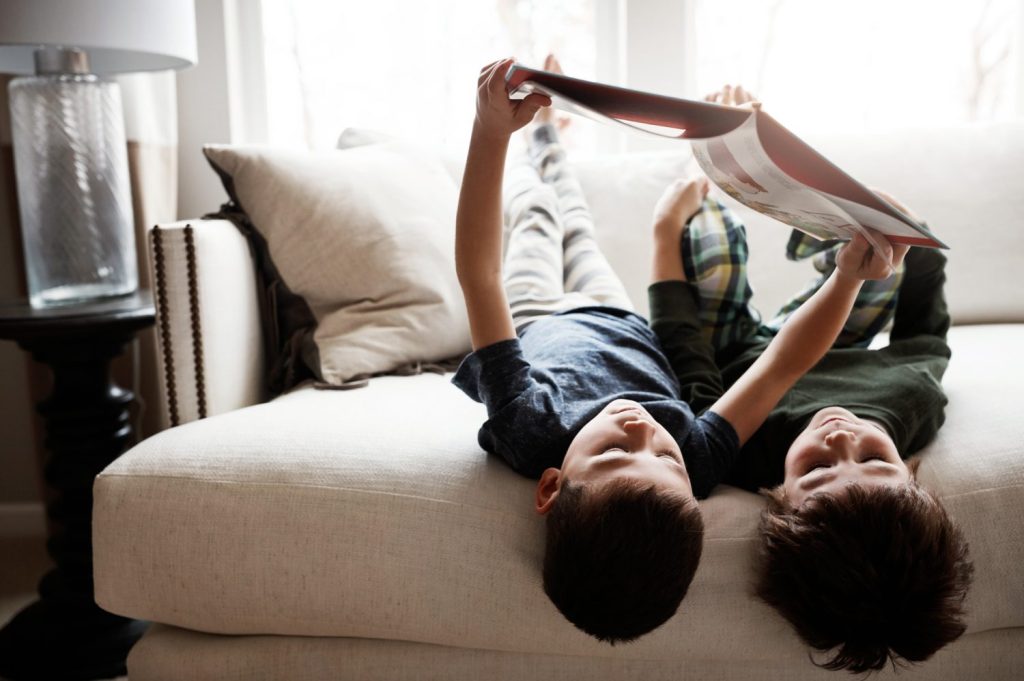 No one can deny the enduring appeal of books that feature animals, whether tales of animals in the wild, animal heroics (think Togo the sled dog or Scarlett the cat), animal antics that make us laugh, and fictional animals that take on human characteristics—both good and bad.

Why is animal fiction so plentiful and popular? Neuroscientists suggest that our brains treat reading about an experience almost as if living the experience in real life. In children’s books, animal characters can portray a broader range of traits, both good and evil, than we would tolerate in stories about humans (think the “big bad wolf”). These portrayals allow the reader to process powerful emotions and to imagine how others process feelings and experiences. The stories can be scary, but ultimately, the characters aren’t human and the story isn’t real. The power of the well-written allegory, whether featuring gods or humans or animals, is to deliver difficult messages and complicated themes in easy-to-read stories.

Books about real animals, particularly animals in the wild, serve to educate readers about nature and, sometimes, our impact on it. Misty of Chincoteague was my very favorite book series as a girl. I read it over and over and credit my lifetime appreciation for the natural world to lessons learned in reading those stories. Just last month, I traveled for the first time (and with my college-age son) to the Virginia island where the real-life Misty lived. Misty’s story has helped keep Chincoteague Island a beautiful refuge for feral herds of ponies.

Here’s a list of our favorites—a little something for animal lovers, inquiring minds, or any child looking for a great story to read on a  warm summer day.

What’s Your Favorite Animal edited by Eric Carle, various authors
Thirteen beloved authors and illustrators, including Jon Klassen, Lane Smith, Mo Willems, and Rosemary Wells, collaborated with Eric Carle to draw their favorite animals and explain why they love them. This collection is sure to keep youngsters engaged, and may inspire them to write about and draw their favorite animals. At the end, the reader will find a childhood photo of each contributor with their pet, as well as information about their books. All profits go to benefit the Eric Carle Museum of Picture Book Art.

Yaks Yak: Animal Word Pairs by Linda Sue Park, Illustrated by Jennifer Black Reinhardt
This clever introduction to animal-themed homographs also works as a vocabulary lesson and a catchy read-aloud. Our children are introduced to an array of animals paired with verbs that share their names: “Cranes crane” their elongated necks in one spread, while “Slugs slug slugs” with boxing gloves. “Ack! I’m upside down! I’m upside down!” yells a floundering flounder, and one badger badgers another about the apple it’s carrying, his long-winded pleas too big to fit in the speech bubbles above his head.

Misty of Chincoteague (series) written by Marguerite Henry, Illustrated by Dennis Wesley
Marguerite Henry wrote nearly sixty children’s books and stories based on real animals, but this Newbery Honor book is by far her most well-known. In the 1940s, she went to a Virginia island, where she learned all about the herd of wild ponies originating from a sunken Spanish galleon off the coast. Spending time on the island, getting to know the families, and even bringing a Chincoteague pony back to her home in Illinois to spend time with while writing, were all part of the creation of this historical fiction series. This is a charming and memorable tale of a young boy and girl living in a much simpler time, whose hard work and patience paid off. Misty’s descendants still roam the beaches of Chincoteague, partly in thanks to this compelling novel.

I am Jane Goodal – Ordinary People Change the World (series) written by Brad Meltzer
This series was written for the author’s own children so that they could understand that the power to change the world is within them. The heroes are depicted as children throughout, telling their life stories in first-person present tense, which keeps the books playful and understandable to young children. This book starts with her love of animals as a very young child and has a beautiful message to children about accomplishing your dreams by being patient, working hard, and knowing that each of us has an impact on the world.

Song for a Whale written by Lynne Kelly
Twelve-year-old Iris, the only deaf student in her sixth-grade class, struggles to communicate with kids at school. She feels a strong connection with Blue 55, a lone whale who can’t communicate with others because its voice is on a different frequency. Iris becomes determined to compose a song for Blue 55 at his frequency and to play it for him in person. This story is great for anyone who loves animals or has struggled to fit in.

The One and Only Ivan written by Katherine Applegate
Ivan is an easygoing gorilla. Living at the Exit 8 Big Top Mall and Video Arcade, he has grown accustomed to humans watching him through the glass walls of his domain. He rarely misses his life in the jungle. In fact, he hardly ever thinks about it at all. Instead, Ivan thinks about TV shows he’s seen and about his friends Stella, an elderly elephant, and Bob, a stray dog. But mostly Ivan thinks about art and how to capture the taste of a mango or the sound of leaves with color and a well-placed line. Then he meets Ruby, a baby elephant taken from her family, and she makes Ivan see their home—and his own art—through new eyes. When Ruby arrives, change comes with her, and it’s up to Ivan to make it a change for the better. If you like this Newbery Award-winning book, try the sequel, The One and Only Bob.

RELATED:
Your Summer Reading List Is Here
Celebrating Kindness One Book at a Time
6 Books to Teach Kids about Gratitude