Things are heating up at the Texas SBOE. They're wanting to delay decisions until a more conservative board comes in. The basic request is for a first reading this week of the Social Studies TEKS. The fringe groups like the Texas Freedom Caucus diverge from what parents and educators want and know to make for a good education. A first reading will allow the public to then weigh in on the proposed changes in a deliberative, civil manner.

If you have any question about what Texans really want, read the Charles Butt Foundation Report titled, Connected Through Our Schools where Texans overwhelmingly express the following:

#2 Texans expect and value what public schools do for students, families, and communities.

Texans don't want Texans to be ignorant, much less for it to be engineered. Anything short of this is censorship of the kind that fascist, totalitarian governments are fond of doing.

That is, these extremists use the state to consciously manipulate people's opinions to control the public mind, that is inclusive of their habits, tastes, and even their memories. This is the antithesis of an expansive, inclusive, and most of all, respectful and representative curriculum.

When will they learn just how much they harm not just society, but also themselves, as well as their children and grandchildren, by narrowing thought and opinion that propagate small minds?

We're struggling for inclusion not just for our children, but for theirs, as well. And that's healthy and good for Texas. Below are their numbers where they can be reached. Do consider reaching out to them.

Connect with your SBOE Representative

Reach out to your SBOE representative and tell them to do their job by scheduling first reading of the Work Group drafts and complete the TEKS review process in 2022. We encourage you to focus on the starred numbers and your rep. Find your rep here. We will be updating talking points here; the existing ones have not changed so if you are ready now, go ahead and connect! Also, if you have the time, send a note to SBOE Members Davis, Pérez-Díaz, and Bell-Metereau for their unwavering commitment to the process and their prioritization of truth and humanity.

Opponents of the recommended changes, including Republican legislators, complained that they downplayed Texan and American exceptionalism and didn't present opposing views on the gay rights movement. 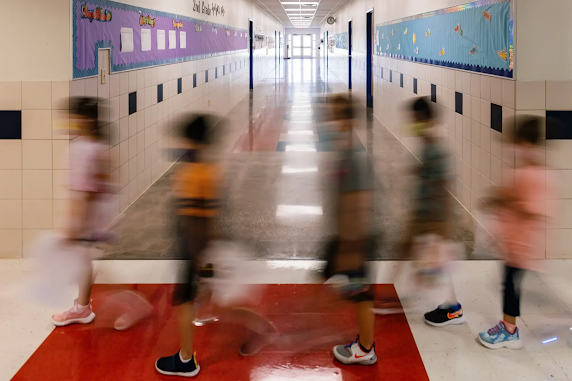 After facing pressure from conservatives over proposed updates to the state’s social studies curriculum scheduled for this year, the State Board of Education on Tuesday took a step to delay the revision until 2025.

Instead, the board agreed in a 7-2 preliminary vote to only adjust the curriculum with directives to comply with the state’s 2021 law targeting “critical race theory.” Those include adding civics and literacy standards. A final vote on the decision is set to take place Friday, the last day of the board’s weeklong meeting.

“This is essentially a motion that’s saying we’re giving up,” said board member Rebecca Bell-Metereau, a Democrat.

That proposal would have eliminated dedicated years — fourth grade and seventh grade — for students to specifically study Texas history. In a separate vote on Tuesday, the board voted 8-5 in favor of using Republican board member Will Hickman’s proposed order of teaching history as a starting point. His method has children getting two dedicated years of U.S. history and two of Texas history.

On Monday, the Texas Freedom Caucus, a group of hardline Republican lawmakers in the state House, wrote a letter to the education board threatening legislative intervention if no “substantial changes” were made to the proposal.

“In a stunning reversal of the spirit in which the Legislature passed several reforms meant to protect children last session, the proposed changes require educators to, among other things, violate Texas laws by, for example, teaching subjects associated with critical race theory,” the letter said.

The Texas history provision was one of many changes being floated. Other proposed updates included possibly teaching second graders about Juneteenth with a book that describes George Floyd’s murder as “brutal” and “race-driven” and how the incident spurred national attention to the holiday. The LGBTQ Pride movement would have been taught in eighth grade alongside the Civil Rights and women’s liberation movements.

But while the proponents of the changes said they would be a step forward for inclusion and diversity, lawmakers and parents who spoke out in opposition this week argued that they represent the “critical race theory” and indoctrination that the state’s leadership opposes.

Board members who voted to delay the vote said they did not like the proposed order in which kids would be taught Texas, U.S. and world history, even though the board had initially accepted the framework months ago. Now, the board members said they needed more time to research and come up with a new order.

The State Board of Education, an elected 15-member board, takes up revisions to the Texas Essential Knowledge and Skills for social studies about every decade. The curriculum sets the standards for how the state’s 5.5 million public school students of all grades learn the subject.

The debate over this year’s revisions has grown heated as conflict continues to swirl over how America’s history of racism should be taught and what books kids should be able access on campuses. State lawmakers made their move last year by passing laws to limit how America’s history of slavery and racism is taught in schools. The laws were promoted as a response to the supposed spread of “critical race theory,” an academic discipline not usually taught in schools that posits that racism is embedded in all aspects of society. Meanwhile, an organized segment of parents and school boards around the state have tried to limit diversity plans and discussions in school about LGBTQ people, claiming their children are being indoctrinated.

State Rep. Steve Toth, R-The Woodlands, author of one “anti-critical race theory” law and a member of the Freedom Caucus, warned that if the State Board of Education didn’t change the proposed standards then lawmakers would take action next legislative session — or the state may sue.

During Tuesday’s meeting, most of the arguments from parents and conservative advocates complained that the draft recommendation didn’t sufficiently promote American exceptionalism, touched on critical race theory at times and wrongly included lessons on the Pride movement or the Gay and Lesbian Alliance Against Defamation, known as GLAAD.

Jolyn Potenza, a resident of Southlake — a Dallas-Fort Worth suburb that has become a hotspot for fights over race and education — said she and hundreds of the city’s parents oppose the recommended curriculum because it promotes a “globalist view.”

“It reduces the mention of America’s resilience, trust in God and celebration of our Declaration of Independence and freedom week,” Potenza said.

But Carisa Lopez, senior political director at the Texas Freedom Network, a left-leaning watchdog group often involved in public education issues, told board members that they should “reject the avalanche of falsehoods and misinformation” coming to them and do what is best for Texas students.

“Things have gone completely off the rails when extremists make outrageous claims and then quote the Bible,” Lopez said. “Don’t let those pushing a political agenda hijack your process at the 11th hour.”

The proposed curriculum updates include teachings on the role of the Founding Fathers and documents such as the U.S. Constitution. They call for learning the value of patriotism and include learning about Christianity and the role of Jesus. But there are also teachings about the dark parts of America’s history such as centuries of slavery and the incarceration of Japanese Americans after the Pearl Harbor attack.

Orlando Lara, a parent, said he wants his daughter to learn how to be a global citizen as well as an American one.

“Just because she’s an American citizen, it doesn’t mean she’s more important or valuable than anybody else in the world,” Lara said.

Leading up to the meeting, the Texas Freedom Caucus claimed that teaching Pride — a movement dedicated to the uplifting of LGBTQ voices, celebration of LGBTQ culture and the support of LGBTQ rights — is a “controversial” issue and thus violates state law.

That law says if a teacher talks about a controversial issue, they should explore both sides of the topic without giving preference to one side.

“The lesson is based on the assumption that the ‘pride’ movement is good for society,” the caucus members wrote.

Toth said discussions about the Pride movement should be between a child and their parents.

Mary Castle, senior policy advisor for Texas Values, a conservative organization, said the board should remove mentions of the Pride movement and GLAAD. Castle said including these mentions gives teachers space to promote advocacy and involvement in the LGBTQ community.

“We have seen the evidence of how they use this to introduce inappropriate books in the libraries and appropriate materials in the classroom,” Castle said.

But Democrats on the board questioned why the board wouldn’t include a social movement that is part of American history.

Member Marisa B. Perez-Diaz, a Democrat, also questioned how the state can teach kids to love America if their history and experiences are ignored.

“That’s a missing piece to this puzzle and part of those stories are that America hasn’t always been exceptional,” Perez-Diaz said.

Disclosure: Texas Freedom Network has been a financial supporter of The Texas Tribune, a nonprofit, nonpartisan news organization that is funded in part by donations from members, foundations and corporate sponsors. Financial supporters play no role in the Tribune's journalism. Find a complete list of them here.

The full program is now LIVE for the 2022 Texas Tribune Festival, happening Sept. 22-24 in Austin. Explore the schedule of 100+ mind-expanding conversations coming to TribFest, including the inside track on the 2022 elections and the 2023 legislative session, the state of public and higher ed at this stage in the pandemic, why Texas suburbs are booming, why broadband access matters, the legacy of slavery, what really happened in Uvalde and so much more. See the program.