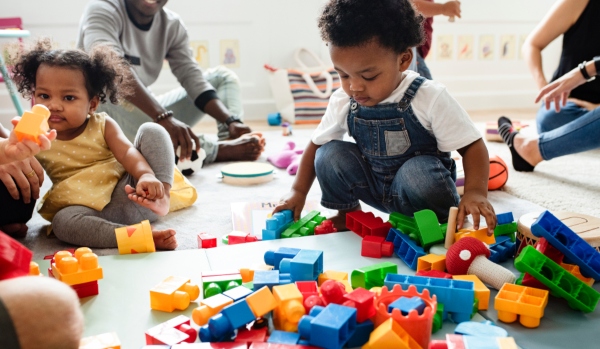 Here are two terms you don’t expect to see together: “The state of Alabama” and “progressive leader.” (Okay, I’m a Texan, so I have no standing to point at the rank regressiveness of any other state government… but still, Alabama?)

And yet the Camellia State has flowered as a model of strong progressive action in one area of critical public importance: quality child care.

It’s a cliche to say “our children are our future,” but it’s also true. Why, then, do we invest so little in our littlest ones, our future?

America’s childcare system is a national disgrace. Nationally, we’re failing to provide safe places for children of working parents and to boost the education of pre-kindergarten tykes. The abject failure of state and national officials to meet this basic social need is spreading inequality, rolling back opportunities for women, and severely restricting economic progress.

Yet Alabama officials have recently been setting the national standard for effective pre-K programs by making a major investment in their four and five-year-olds, operating a statewide child care network in about 1,300 neighborhoods and rural areas.

A major factor in the program’s success is a two-generation approach, not only educating the kiddos, but also providing support materials and coaching so that parents engage as their children’s “first teachers.”

Producing demonstrable results year after year, the state’s public network gets bipartisan support and funding from the Alabama legislature. The program is free and available to all, with special attention devoted to enlisting often overlooked families in poor rural areas and in communities of color.

Rather than treating teachers as low-wage babysitters, Alabama is paying (and respecting) them as the professionals they are and investing in their career development.

Federal support for child care is a key component of President Biden’s Build Back Better plan, but Congress is arguing over whether to fund it. But if one of our poorest states can rise to meet this basic human need, what’s wrong with the richest country in the history of the world?

This post was previously published on otherwords.org under a Creative Commons License.