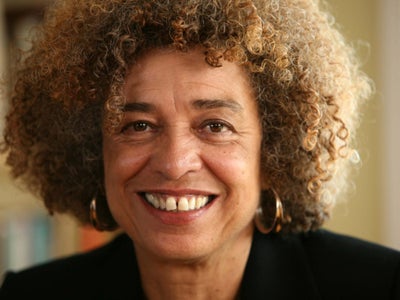 Halloween weekend is finally here! Break out the candy and the horror flicks! Though this will be the first time many of us will return to our regularly scheduled festivities since the pandemic, ESSENCE hopes everyone is safe and mindful of all the respiratory viruses that thrive this time of year—especially as RSV is overwhelming pediatric hospitals across the country. Terms like “tripledemic” are terrifying and we don’t think we have another lockdown in us.

Enjoy this weekend, because when November starts we’re hitting the polls!

So, in case you spent this week throwing together a last minute costume, here is some news you might have missed: 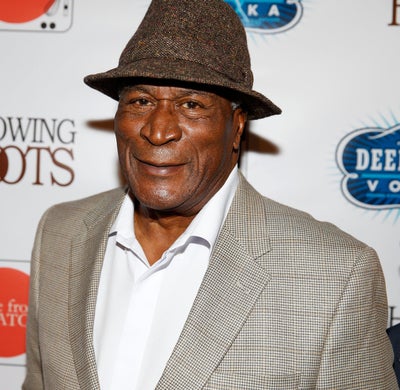 There is a reason why Good Times star John Amos is revered as one of America’s favorite TV dads. He’s a good dad!

In a video that has amassed over a million views, Amos’ daughter Shannon shared a heartwarming moment in the new #dancewithmyfatherchallenge.

She captioned the video, “Enjoy your parents while they’re still here. So grateful for this moment with my Dad @officialjohnamos.”

Shannon asked if she could “get this dance” and the 82-year-old complied. The two descended off the porch and swayed in their front yard to Luther Vandross’ “Dance With My Father.” Between the sweet melodies of Luther and the precious daddy-daughter moment–you’re sure to get a little misty-eyed.

According to the BBC, Nottingham Playhouse announced that Josephine Melville passed on Thursday after appearing in a production of Nine Night. She was 61.

We are deeply saddened that last night (20 Oct) the actor Josephine Melville, passed away following the performance of Nine Night, our co-production with Leeds Playhouse. Our thoughts and deep condolences are with her family and loved ones. https://t.co/O9qnBGXqkR pic.twitter.com/h1pCfchXPh

The theatre said she had fallen ill after the performance had finished, was treated by paramedics and a medically qualified audience member but died at the scene.

No cause of death was immediately released.

Melville was most notably known from the long-running British soap EastEnders, where she played Tessa Parker, a college friend of Kelvin Carpenter and Harry Reynolds, in 1986. She appeared for eight episodes. In 2005, she reappeared in the BBC soap as a different character, Ellie Wright.

“‘Know Your Roots’ is important to me because the way that Black women style their hair, how they have their hair and how they feel comfortable about their hair has been an ongoing thing but never really addressed,” she told BBC in 2021.

All remaining performances of Nine Night at the venue have been canceled.

3. A Child Was Severely Burned During Sleepover But 911 Was Never Called

An Arkansas family is demanding answers and accountability after their son was severely burned while away from home.

According to WKRC, during a sleepover at a friend’s house, eight-year-old Jayceon Charles was roasting hotdogs and something in the fire exploded. Jayceon was burned. Jayceon’s parents say, their son called from the friends’ house and hung up. When the father called back he heard Jayceon screaming.

The parents say when they rushed over, they found him covered in Vaseline and plastic wrap, severely burned. Now they are questioning why 911 was never called.

“The stories that’s been told never sat right with me from the beginning,” Jayceon’s grandfather told the news outlet. “I never understood why so many people dropped the ball and just didn’t show any concern.”

Ultimately the parents drove their son to the hospital. The child endured severe burns across 80% of his body, suffered from kidney failure, sepsis, and brain damage. He had to be put on a ventilator and resuscitated twice. After multiple surgeries, doctors had to remove five inches of his small intestine.

It’s been two months since the incident, and Jayceon’s family believes what happened to him was no “freak” accident. The family claims investigators seldom reached out to them for witness interviews or medical reports.

Jayceon’s father told the news outlet that authorities didn’t prioritize the investigation because Jayceon is Black, and the family he was staying with is white.The family launched a GoFundMe to cover the child’s medical bills and have since met their goal.  “Our prayer is that Jayceon is able to fully recover and come back bigger and better than before,” the page reads. “Any and all donations will truly be appreciated.” 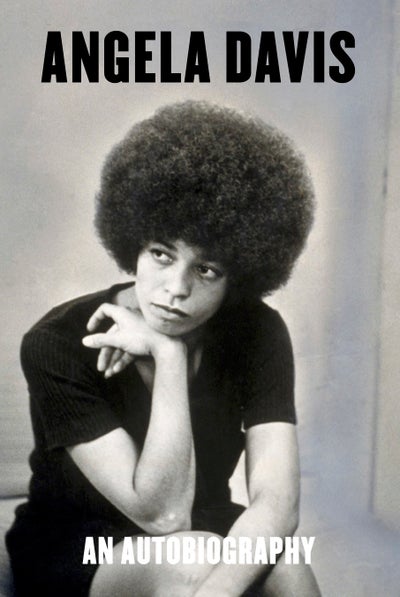 On Oct. 26, the Brooklyn Academy of Music announced an Evening with Angela Y. Davis.

Co-presented by BAM and Greenlight Bookstore, An Evening with Angela Y. Davis, will showcase Davis in conversation with award-winning scholar and intellectual Keeanga-Yamahtta Taylor on the new edition of her classic Autobiography.

“I am excited to be publishing this new edition of my autobiography with Haymarket Books at a time when so many are making collective demands for radical change and are seeking a deeper understanding of the social movements of the past,” said in a press release.

The 78-year-old will explore her political activities working with the U.S. Communist Party, the Black Panther Party and the Soledad Brothers. She’ll even discuss her transition from the FBI’s list of the Ten Most Wanted Fugitives to faculty at UCLA.

5. Home of the Brown Bears

Just as the HBCU alums have returned back to work from Homecoming week, class was in session for Florida’s first HBCU-inspired elementary school.

Located in Jacksonville, Becoming Collegiate Academy, is tuition-free, college preparatory, public-charter school that prepares all students in grades kindergarten through 5th grade for success in college and life.

Cameron Frazier, founder and executive director of the Becoming Collegiate Academy, told BLACK ENTETERPRISE part of the innovative school’s mission is to target students in communities of color and provide them with an education in which they are reflected.

According to Local News, “It’s very important that our students see role models that look just like them every day,” Frazier said. While HBCU flags adorn the entrance, student can also see themselves in ABC displays in their classrooms like “A” for “Alcorn State University” and “Z” for “Zora Neale Hurston”.

Frazier was also mindful of who is teaching the children. Reports say Black men make up only two percent of teachers in the country. At Becoming Collegiate Academy, it’s half.

Currently there are 80 students enrolled in the school, and the student body comprises kindergartners and first graders. Becoming Collegiate Acamedy continues its search for educators and is still accepting applications for students as they plan to add a class each year to complete the elementary school grades.

In the ABC's at Becoming Collegiate Academy, "A" is "Alcorn State University" and "Z" is "Zora Neale Hurston."It's Jacksonville's first #HBCU-inspired elementary school! They have a ribbon cutting today and I got to learn all about why they say #representationmatters. @FCN2go pic.twitter.com/9xnXnIWMo2 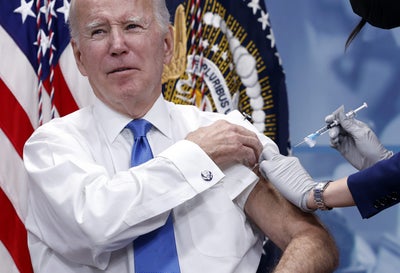 On Tuesday, President Joe Biden received his updated COVID-19 vaccine, while calling on Americans to follow suit ahead of the winter and holiday season.

“We’re here with a simple message: Get vaccinated, update your COVID vaccine,” Biden said. “It’s incredibly effective, but the truth is not enough people are getting it. We’ve got to change that so that we can all have a safe and healthy holiday season.”

According to the Centers for Disease Control and Prevention (CDC), 4.5 million Americans had received the updated vaccine over the past week, the largest weekly increase since the fall vaccination program launched and up about 40% from the prior week.

As of Oct. 24, the CDC updated the recommendation for some people. Those from 5 years and older who receive one updated (bivalent) booster if it has been at least 2 months since their last COVID-19 vaccine dose, whether that was: the final primary series dose, or an original (monovalent) booster.

Those that are moderately or severely immunocompromised have different recommendations for COVID-19. The CDC also does not recommend mixing vaccines for your primary series doses. Meaning if you received Moderna for your first shot, then your second shot should be Moderna as well.

Editor’s Note: As a former pharmacy technician who spent the better part of 2021 running PCR and Rapid COVID tests and administering the Pfizer vaccine at Walgreens: Check the CDC site yourself for updates. If you’re still confused call your provider for clarity. To avoid any delays, schedule an appointment with your local pharmacy beforehand—even if CVS or Walgreens advertises that walk-ins are welcomed—a scheduled appointment is the only way to guarantee a vaccine.