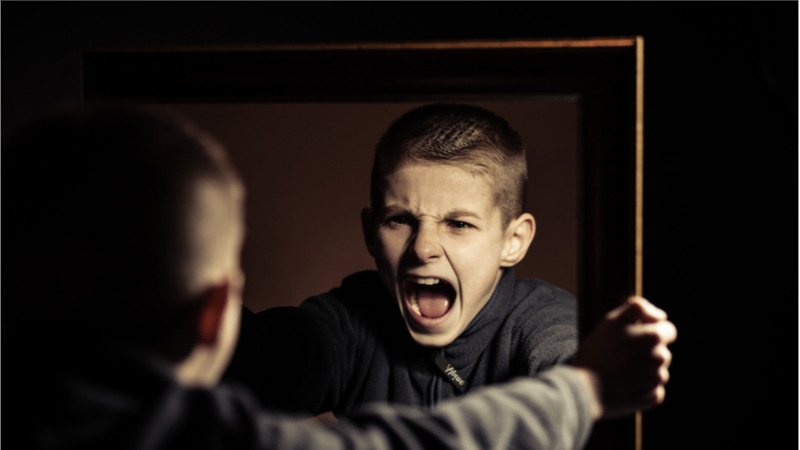 What if I told you that this sweet little face is being groomed to be a narcissist? Would you believe me?

There’s a child in my neighborhood I talked about in this story. She watches cartoons on iMac while a helper is feeding her dinner, which trains her to be clueless about her own ability to feed herself and how food makes it from the plate to her stomach. She gets frustrated and screams over the littlest of things. Her way to resolve issues is to cry to bring her some attention.

Except. There are no tears.

Is that an Amber Heard in the making?

Today. I watched her crying over having a paper bracelet which she got from a playhouse she visited earlier which she refused to have removed.

Again. She got away with crying. No tears.

A few months ago when I was at her place, she was excitedly showing me her toys. When I toyed with it, she grabbed it from me with a “MIIINNNNEEEE”.

She is surrounded by people who say that. So, not surprisingly, she parrots them.

Could this behavior be resolved — nipped in the bud?

In other words, could that sweet little face be saved from being groomed into someone like Amber Heard?

Well. Yes. If the parents could stop reacting to each and every cry and instead communicate to her, not replacing her pacifier with an iPad.

Most people who get married and have children don’t have training in being effective parents. It takes awareness on their part to be, know and do better in order to help their child become the greatest expression of their reason to be on earth. Not too many working parents have training in parenting either.

Never mind if their job title reads an ‘executive director’ in charge of ‘business control management’. At home, their boss is a screaming toddler they couldn’t manage. There are negative consequences to reacting to your child’s behavior. The child has no mind. She doesn’t know right from wrong. You are the adult that comes with the ability to think. Therefore, you have to understand how your child is learning to behave from how and what you give attention to in order for you to transfer that knowledge to your child. They are very quick to pick up on those things and use them to fulfil their needs. Being a mindful parent is one of the most important roles you will play in your life, and a rewarding one if you do what’s right, not what’s convenient.

Your giving attention is not = Resolving the problem/helping your child. Because drama begets drama. You as the otherwise capable adult are being pulled in by the drama.

I think it is selfish on the parent’s part because all they want is to hurry up the child and get on with life, so choosing anything that fixes things quickly and temporarily is cowardly. It is hard to admit as parents that it may be our own fault. Most parents think the problem lies with the child.

Sorry. No. If you lack patience, understanding and the ability to communicate effectively, your child’s behavior will reflect that. Children are great teachers. It takes awareness and choice to learn to become a better parent.

The apple doesn’t fall far from the tree. There’s only harm to the ego, because the ego likes to be right. If you want to be right, you are someone that doesn’t care about the relationship. By not taking this responsibility on yourself, you demonstrate to your child to continue to be irresponsible.

If you find yourself in a toddler-temper-tantrum situation, you may employ any of the following strategies to help your child.

NOTE: This article is about how your behavior shapes your child.
The following is an example of what rewarding your child with/giving unhealthy treats leads to. No matter what happens, do not reward positive behavior with treats like cakes, ice cream and chocolates. The combination for refined carbs and sugar had adverse effects on your child’s behavior. When I was working at a French kindergarten, the mother of one of the kids gave him LU — PETIT ECOLIER milk chocolate biscuits everyday as a school snack. He was hyper, the worst behaved child and he couldn’t sleep, and he’d make trouble during nap time for others. Click here to read more.

A child like the one in my story is going to ride on getting attention — even if it is attention for all the wrong reasons. Anything that gets them attention is good. Because it resolves things for them in the short-term. This creates drama. They learn from their environment that drama is good, even though it is not.

This future of this child, if this drama continues, will be to act out, seek attention from the wrong people, on the wrong platforms, all because they did not receive the much necessary skills and faith that they can resolve things calmly themselves.

This behavior leads to addictions of all types which helps them soothe themselves externally, while they feel powerless within. They get energy from getting other people involved in their drama. It’s a way to avoid facing reality, which is obvious from the child’s behavior and drama allows the focus to be something other than the problem that needs to be solved.

You have a choice

As a parent, you have a choice to not get sucked into your child’s drama. You have to also take responsibility as a child is the one that can be molded and you and her surroundings play a vital role in shaping up her persona.

You have a choice to empower your child by providing her with skills and strategies to communicate and emotionally regulate herself.

For this it is of utmost importance that you yourself are not easily influenced by emotions and can demonstrate the ability to choose to communicate calmly with your child instead of being pulled in each time you hear her cry.

The goal is to help her resolve the problem by herself, at its core. This needs to be repeated over and over until the child is walked through the process enough times to be wired to “think” independently.

Doing this helps your child to become the competent, competent, emotionally independent and regulated, and confident person you want them to be. The problems and capabilities to resolve them grow as your child grows. This is how she will build resilience instead of choosing a coping mechanism. You are the example she’s going to follow. The question is “Are you a good example for your child to follow in your footsteps?”

I witnessed rage, criticism, physical, mental, emotional abuse and neglect from my mother in my childhood. I knew it was wrong and I swore to my 11 year old self that I would not be this type of mother. When I became a mother, it was time to stop myself from following my mother’s footsteps, remember that promise I had made to myself and why I made that.

It took a lot of unlearning the wrong ways, relearning the right things and rewiring myself through repeated action and self-motivation. Today if I have a healthy relationship with my child where he doesn’t have to create drama to get my attention and can communicate with me about anything, it is thanks to remembering and keeping that promise to no one but myself, and doing what was right and difficult, not what was easy and familiar. You can read all about it, together with in-depth research on meditation and practical steps to empower yourself, improve your relationship with yourself in order to have a healthy one with others.

From The Good Men Project on Medium

The post Is Your Child an Amber Heard in the Making? appeared first on The Good Men Project.