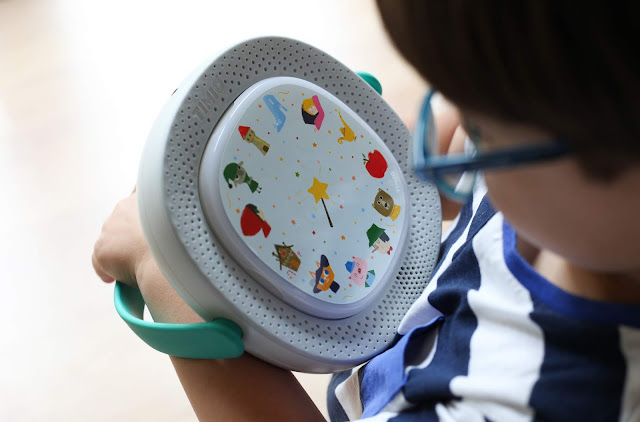 *AD I was kindly sent a TIMIO to review

With children being at home, the days feeling that little bit longer than normal and parents searching for ideas and ways to encourage learning that doesn't involve staring at a screen or frees up a little bit of time so they can catch up on other things is a struggle.

My youngest recently turned 5, he hasn't attended school, instead, he has been doing a few mornings at a nature-based Kindergarten which doesn't do "formal" learning (although plenty of intrinsic learning) at his age so I've been using this lockdown to introduce him slowly and gently to things like the alphabet, written numbers, telling the time and basic musical notes. I always try and avoid screens as much as possible especially with young children so when TIMIO got in touch to review their screen-free educational audio and music player for kids, I knew this was something of genuine interest and could be useful for our daily routine at the moment. 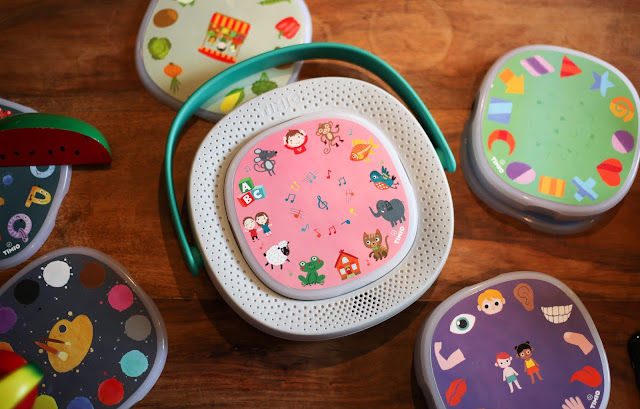 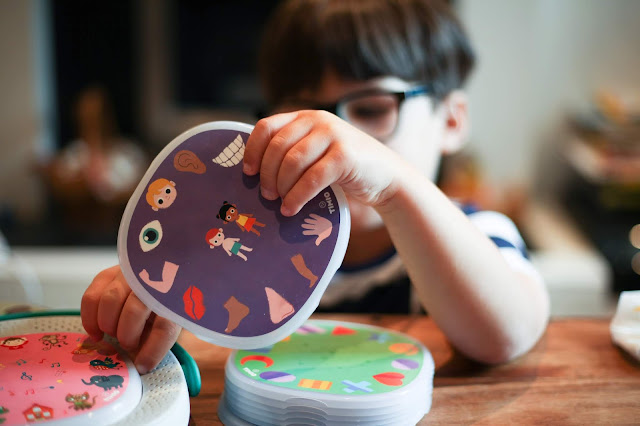 Finding a good balance between something being educational, interactive and fun can be quite hard, despite the claims of many products and on top of that easy for young children to use. The TIMIO is super easy for little ones to get to grips with as it uses magnetic discs to unlike a large library of well thought out curated content from nursery rhymes and fairy tales to games and to numbers, colours and shapes.

My son's personal favourites are the fairy tales which are all traditional stories along with the ABC discs and he can easily change between the disc without any help and I think that is what is so appealing to him is the independence of it as well as choice and the TIMIO comes with 20 different discs each with a different theme so plenty of activities and educational moments to be had. 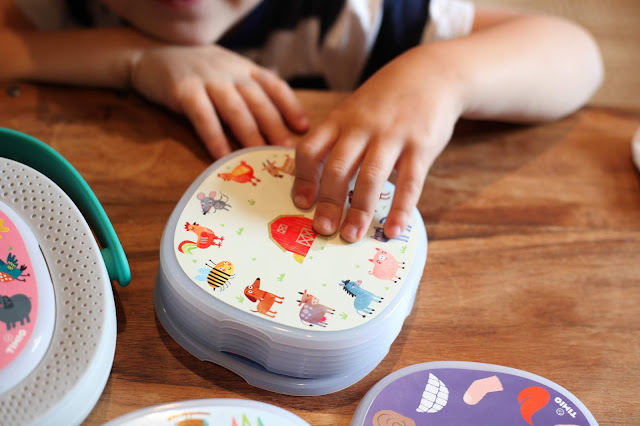 TIMIO which has been designed in Europe has been made with kids in mind and is robust, practical and stylish, with rounded edges so it can't get caught on anything, a quality speaker with 3 volume settings and is easy to carry, plus its auto shut's off after 5 minutes of non-use making it low consumption on batteries which is always a good thing in my books.

The major plus of the TIMIO is it's completely safe as it obviously doesn't connect to the internet or wifi or any of the negative effects associated with too much screen time. The TIMIO is said to be suitable for ages 3-8yrs although I would say it's more on the younger side so perfect for my 5yr old and it's provided him with lots of extra learning activities as well as a bit of free time for myself and no screens involved which is a win-win all round. 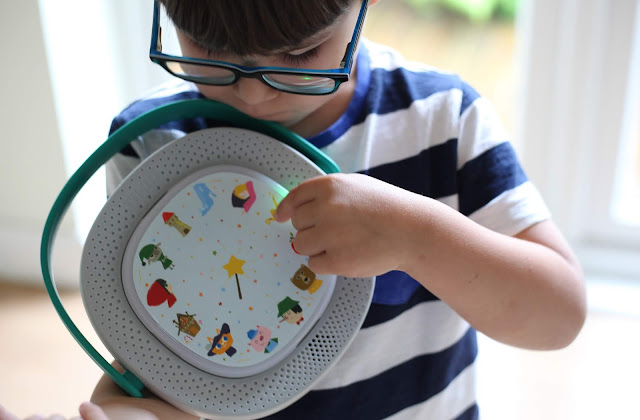