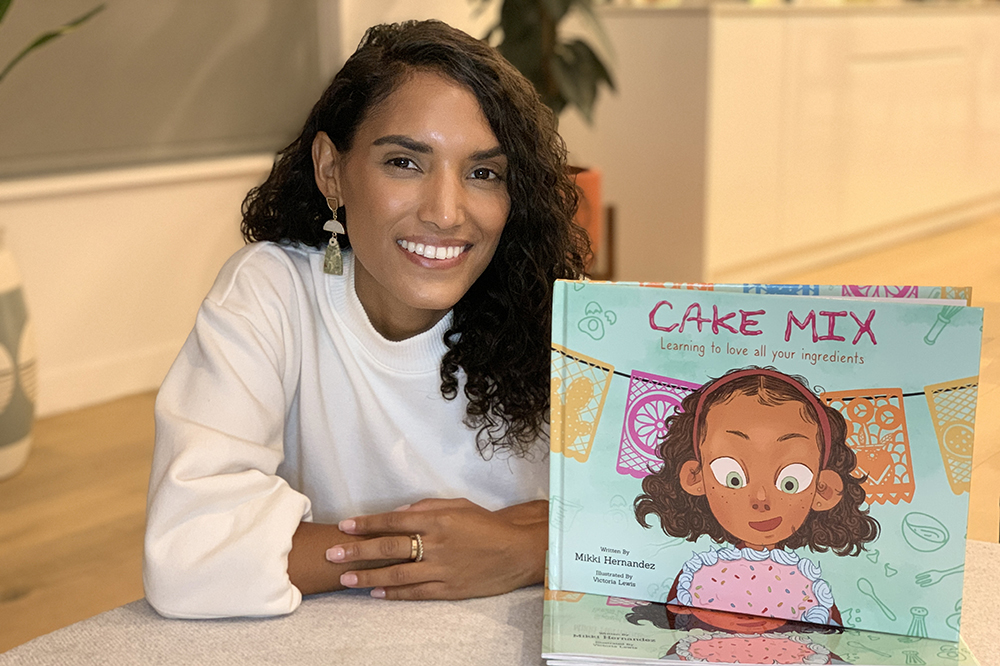 A few years ago, in an attempt to take attention off of myself as a twenty-something aspiring actress and place more energy on helping others, I signed up as a volunteer reader in a kindergarten classroom. I would show up every Friday, to the relief of the overworked teacher, tote in tow, filled with a myriad of children’s books I hand-picked from a number of Los Angeles public libraries. I found great joy in this act and went weekly for three years, gaining laughs from the funny minds of 5-year-olds and acquiring a renewed appreciation for children’s picture books.

I read so many books that were clever, moving, interesting, and simply a blast to read, yet I couldn’t ignore the disparity between the amount of books that featured white characters versus books that featured characters of color. Sure, there were a handful of stories about a specific holiday or cultural tradition from different ethnic communities. Yet, there were even fewer books featuring kids of all backgrounds doing kid things: going on adventures, solving a problem, or making a new discovery. And, on a personal level, one demographic’s lack of representation stuck out to me: the mixed kid.

Only 3% of children’s books feature biracial or multiracial characters. However, according to the 2020 Census, the U.S. saw a 276% increase in the multiracial population in the last ten years, so the publishing industry is clearly not meeting the demands for this growing demographic.

As a mixed person myself, learning these statistics paralyzed me for a moment. Why didn’t we have more stories featuring mixed kids? What was even more frustrating was learning how many books that feature a character of color are written and illustrated by a white author and artist. This harsh reality sparked my desire to write and publish my first children’s book Cake Mix: Learning to Love All Your Ingredients. I wanted to share an authentic message in hopes to contribute to closing the gap and encourage a wider conversation about how diverse stories are a way to connect versus divide.

Why is it important for children to be exposed to mixed and multicultural characters? As an adult, I grapple with my identity on a daily basis. I am a fourth/fifth generation American of African, Mexican, Indigenous (North America), Polish Jewish, and Spanish descent. And while we live in a society that places great emphasis on diversity and inclusion, we are becoming increasingly racialized. We’re told to check off one box, choose a side, and lump ourselves into monolithic groups. And though I am 100% about equality and greater representation of marginalized people, I can’t shake the fact that siloed categories of race can leave multiracial children feeling confused, isolated, and misunderstood. Addressing these feelings at a young age by expanding identity beyond set labels can improve mixed kids’ self-esteem, sense of belonging, and their overall mental health.

Are stories with mixed characters only for mixed kids? No! One interesting observation I’ve received since my book was released is hearing or seeing people say what a great story it is for mixed children. And while yes, Cake Mix is 100% for mixed kids it is also…100% for kids of any and all backgrounds. The story addresses the commonly asked question “What are you?” that resonates with the mixed community, yet it is also a great tool for every child, classroom, and family to open up dialogue about respecting and accepting ethnicities of all varieties. If I only consumed stories that were meant for mixed people, whew chile I would have a very small list to choose from. I think everyone benefits when we read and consume stories that feature characters that look like us, as well as stories that introduce us to characters that are different from our own.

What makes a “mixed story”? I’d argue there isn’t a set rubric. Just as we cannot be defined by a box, there isn’t one mixed story, but endless amounts that need to be told. When I was pitching my manuscript to traditional publishers, one of the largest publishing houses responded that they already had a similar story. I was both disappointed and bewildered. “So…you have another story about a mixed character?” I thought. “Great! Why not have two??” If people continue to watch and enjoy the umpteenth Marvel or Star Wars spinoff, then the publishing industry can afford to have faith that more than one story featuring a mixed person can be well received. And I have a wild feeling that that other book wasn’t written by someone with my exact mix or perspective.

By increasing the number of stories featuring mixed characters written by mixed authors, we are in turn allowing “diversity” to truly be diverse. In the years since my in-person reading days, I am pleased to see more stories from authors of color that are representing the true beauty of a variety of cultures and perspectives. However, we need more.

We need to make space for authors of color—mixed, monoracial, immigrants, first generation—to traverse new genres and share stories that are not only linked to struggle or explaining what is deemed as “other.” To create individual characters that aren’t expected to represent all people from their racial/ethnic community, but instead are multifaceted and unique in their own way. To be celebrated year-round rather than solely being highlighted during a designated “History Month.” Simply, giving all emerging authors the same freedoms white authors have been afforded for centuries and introducing children to many amazing new characters they can connect to, root for, and learn from. Mixed and all.

Mikki Hernandez is an actress, voiceover artist, and writer. She attended UCLA earning a degree in Communications and works in film, television, and commercials. She is of mixed-race heritage and enjoys discussing culture and new perspectives on her blog MixedKids&Co. Her first children’s book, Cake Mix: Learning to Love All Your Ingredients, is available on Bookshop, Amazon and Barnes&Noble.com. In her free time, she can be found dancing all night long or planning her next international trip. Mikki lives in Los Angeles. Follow her on Instagram @momikki and @mixedkidsco.

The post The Importance Of Featuring Mixed Kids In Books & As Authors appeared first on MOTHER.