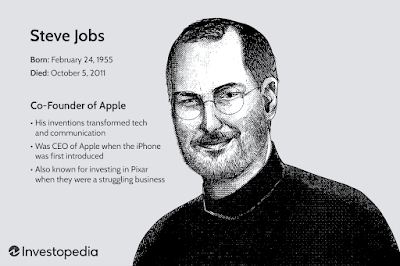 Sadly true.  We do get talented folks, but they have to fight for it by persuading the rest.  whatever the system happens to be.  That happens to be why a naturally dynamic system like our representative democracy works well enough.  Talent can grab the ring.
Trouble is that all the rest is handled by mostly the B team.
curiously, the RULE of TWELVE can settle all this rather well enough for general governance and hiearchal systems can be used as needed and even indicated.
All good.

The World Is Run By People No Smarter Than You
2022-11-11
https://www.swyx.io/no-smarter/?
Discussions on Hacker News and Twitter.
I think often about Steve Jobs’ most famous take on life:
”When you grow up you tend to get told the world is the way it is and you’re life is just to live your life inside the world. Try not to bash into the walls too much. Try to have a nice family, have fun, save a little money. That’s a very limited life.
Life can be much broader once you discover one simple fact: Everything around you that you call life was made up by people that were no smarter than you.
and you can change it, you can influence it, you can build your own things that other people can use.
Once you learn that, you’ll never be the same again.”
It’s hard to know what to take from that; Steve Jobs was clearly a very smart man, without a lot of empathy for lesser beings. So is he saying “Everything was made up by people no smarter than Steve Jobs”, or does he actually mean it that the average world/company/industry leader really is no smarter than you?
And then I take a look at the clown show that has been tech in the past few weeks:Elon adding, and then removing, a second verified checkmark to replace the one he devalued, something any B2C product expert would know is a terrible idea
Elon proposing a $20/month price for Twitter Blue, and then immediately dropping to $8 at the first celebrity pushback, something any pricing expert would know is a terrible idea
Elon (or his EA?) personally reinterviewing engineers at Twitter and telling them to print out code and then changing his mind, something any engineering manager would know is a terrible idea
Zuck demoing Legs in Horizon VR that were faked, something any marketing manger would know is a terrible idea
Zuck spending $4b/quarter on the Metaverse entirely unproven, something any lean startup VC would know is a terrible idea
SBF going from one of the richest people on earth to filling Chapter 11 Bankruptcy in 1 week, and rediscovering the age old lesson on liquidity: ”when it rains, it pours” when it comes to financial stress correlations, something any bank manager or regulator learns in kindergarten
Even the Collison brothers, the philosopher kings of the Internet, made ”errors of judgment” about the slowdown and lost control of operating costs and so had to lay off 14% of staff, just like Tobi from Shopify. Stripe also fumbled their chances of pulling off one of the largest IPOs of all time by waiting too long, surely disillusioning an army of early employees.
Hindsight is 20-20, but many of these were probably avoidable mistakes. And I ack that you do have to be more risk-taking than the average bear to be as successful as these people in the first place.
Aside: More specifically, to be a billionaire you would probably have to find things that “any X would know” that are not true, and do something about it (Thiel’s most famous, but retired, interview question). Yet it is ultracrepidarian hubris to expect that success in one domain extends to all others.
But my overwhelming lesson from the past few weeks is that even these heroes of tech are just mortals as well who make very very dumb* mistakes.
And if they can make those mistakes, so can you.
PS: If you are starting something new, you also have the benefit of a lot of recently freed-up Coinbase/Twitter/Shopify/Stripe/Meta employees with a lot of severance and a chip on their shoulder. There’s $3b in VC waiting for dev startups, so this honestly is a fantastic time to try to make mistakes. Hit us up!
*Not “dumb” like “oh they took a risk and it didn’t work out”, “dumb” like “yeah that had no chance of working, like, at all”.