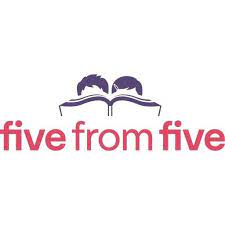 Here are some extracts from an article by Five from five found here and my comments.

‘Word study will have limited success if the learner has weak letter-sound associations and/or weak phonemic awareness.’

More often than not it is not weak letter sound association and/or weak phonemic awareness that results in the limited success of kids learning to read. It is almost always the confusion that sets in when consonants are taught wrongly by teachers/schools.

We teach kids consonants with extraneous sounds and then say ‘the learner has weak letter-sound relationship and or weak phonemic awareness’.

We complain that kids are unable to blend cuhahtuh to form cat. LINK.

Read what a teacher tweeted in December 2020.

My son had a year of structured synthetic phonics via a scripted program and he struggles to blend. He said puh instead of p, buh instead of b tuh instead of t. A week of correcting this and he is beginning to read fluently. Are there any studies on this?

There was no response from Pamela Snow who had once told me that no one needs to respond to anyone. I had told Pamela since 2018 that many kids shut down/disengage from learning to read when they are confused and she blocked me instead of discussing. She said that pronouncing consonants correctly is not the only thing required for reading; there is vocabulary, comprehension and fluency that are important as well.

It has been more than a year since the above question by Alanna was tweeted; did our three friends tagged above even ponder over the question.

What works with one child doesn't always work with another. Glad you found something that is working for your student. Here is a blog in which I try to make it clear one size doesn't fit all.

I agree with Dr.Sam on many things he writes as a centrist but in this case I guess he says what he has said for years without bothering to think. This confirms what Charlie Munger had once said; ‘The mind is like the human egg.’LINK.

Yes, one child may be able to understand Math and physics concepts much better and faster than another but to extend this to blending letters to decode is ludicrous.

The question Dr. Sam and the rest in that Twitter thread should ask is how was Alanna’s son able to read upon correction of the sounds of consonants he had been taught wrongly. Don’t forget that she had said that her son was confused despite being taught ‘a year of structured synthetic phonics via a scripted program.’

If we address this problem, then we will immediately be able to reduce the number of kids disengaging from learning to read.

Read the twitter discussion between Alanna and me found here.

‘It is not the same as learning words as ‘sight words’, where words are memorised as logographs (word shapes) without reference to the grapheme-phoneme properties of the word.’

The deaf and mute had memorised words as logographs back in the 1840s. Today, even the deaf do not memorise words in this manner.

These SoR and SSP proponents keep duping the world into believing that the ways to orthographically map words is either by grapheme- phoneme correspondence or memorizing whole words by shape/globally.

Of course, there are other ways to map words orthographically. How do the deaf and mute learn to read? Read what a deaf person wrote on how she read in the comment section here.

Read the whole article on the other ways a kid learns to read.

‘Once early learners have acquired a reasonable knowledge of grapheme/ phoneme of known words to help decode unknown words – this is known as the self-teaching hypothesis, and correspondences and developed a store of words that they can read effortlessly via phonological recoding, they then begin to transfer this knowledge explains why we can read new, unfamiliar, or nonsense words such as ‘bame’, ‘zans’, ‘wingardium leviosa’ or ‘crodsquinkled’ on our first encounter of the word in a text.

I believe that Grapheme/ phoneme correspondence is one way for kids to learn to read. However, it is the phonics advocates who propagate that this is the only way to map words orthographically. No one in the world, including Stanislas Dehaene and Mark Seidenberg know how children learn to read.

My first student, who could not read a single sentence after going to kindergarten and primary one, graduated with a double degree from the University of Southern Australia in September 2021. I taught him to read purely by reading Ladybird Peter and Jane books. At that time, I had not learned about other ways of teaching a kid to read.

The following is an excerpt of what I wrote in 2010 when I first started my blog.

Every day except on Sundays we just read story books for one hour. I would read then John would read. After a few months I changed it to John reads and then I read. In less than a year John was beginning to read above grade level.

Read more about how I taught my first student to read here. How was my student able to read thousands of unfamiliar words by self-teaching bearing in mind that he was not taught grapheme-phoneme correspondences.

An open discussion on this matter is welcome. Let us not accept everything a scientist or researcher says as the gospel truth.

About the Five from Five Project

Dr Jennifer Buckingham founded FIVE from FIVE in 2016 after completing her PhD research at Macquarie University. Her research was an experimental study of a reading intervention for struggling readers in a socioeconomically disadvantaged school.

FIVE from FIVE is now supported by MultiLit Pty Ltd as a community project to promote evidence-based reading instruction and improve literacy.

Jennifer Buckingham blocked me about a year ago. She is another example of what Charlie Munger said about the human brain.