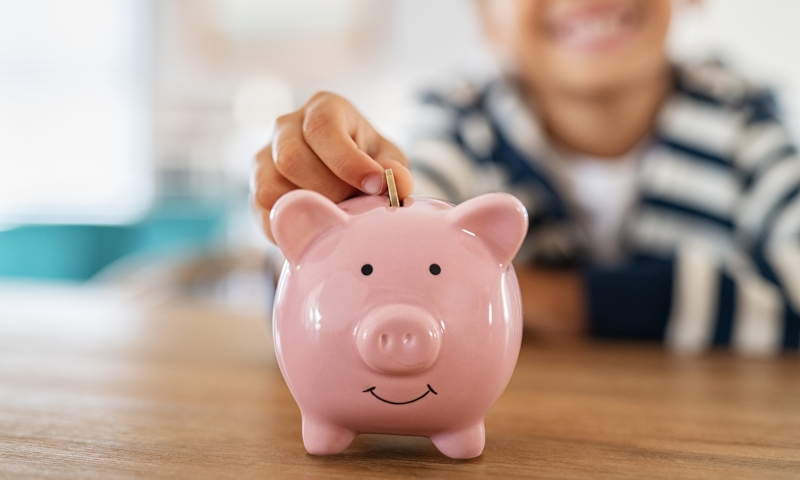 I remember finding out I was about to become a mother. I felt the fear taking hold of me. My brain stopped. I remember crying but had no tears. I remember trying to run, but I couldn’t move.

No one had prepared me for motherhood — my own mother abandoned me when I wasn’t even two years old. My child’s father was violently abusive. My life was unstable and I was terrified of having another human being depend on me.

Things are so much better now. My son Caleb is starting kindergarten, and he’s the light of my life. We’ve been through so much together, but we’re making it.

One thing that’s helping more than words can express is the new, expanded Child Tax Credit. Passed as part of the Biden administration’s COVID-19 relief package, it puts money into our bank account — and the bank account of nearly every parent in this country — every month.

That credit is on track to lift half of all kids living in poverty out of it, including mine. That will help them lead safer, happier lives well into adulthood.

My own early childhood was filled with trauma.

After our mother left us, my father had to take care of all of us children. He did his best, but he didn’t know how to access social services for us. When he got sick, we lost everything. We ended up living in a tent “village” under a bridge, where I had to cook for 50 people for the next seven years.

I was just a child.

I was afraid of people on the street, students at school, even of being around others where I lived. When I acted out and skipped school, I was incarcerated in juvenile detention for truancy. The years that followed saw cycle after cycle of abuse, instability, and trauma.

But eventually, I found help. At age 18 and on the run, I got a job at a homeless shelter called Covenant House and moved in there. They helped me get an ID and taught me about social services and how to get them.

I never knew help existed for someone like me. I became a team leader there and my life started to change. Now I’m an advocate with a nonprofit called RESULTS, which trains and supports people to fight for policies that help families like mine survive and thrive.

Along the way I’ve learned something really important: Many of us who grew up in abusive situations simply don’t have access to mental health services, so we find ourselves in abusive relationships as adults. And many others who experience the trauma of poverty simply don’t know how to get help.

Before the COVID-19 relief package, I would never have been able to access the Child Tax Credit — I was simply too poor. And complex paperwork and bureaucratic requirements put other help out of reach, too.

But now families like mine, and every other family with kids, get life-changing help deposited directly into their bank accounts. I can’t tell you how much of a difference this makes.

Thanks to the Child Tax Credit, Caleb won’t suffer the tremendous trauma that I did as a child. His life will be better. He’ll have the love and economic support he needs to thrive.

We are the wealthiest nation on earth, but too often we’ve abandoned our poorest children like my mother abandoned me. But if we have the political will, we can make more smart economic choices like these to give all children a safe and secure childhood.

Not only will Caleb thrive, but we as a whole society will.


Need more info? A complete list of benefits is here.

The post What the Expanded Child Tax Credit Means to Me appeared first on The Good Men Project.