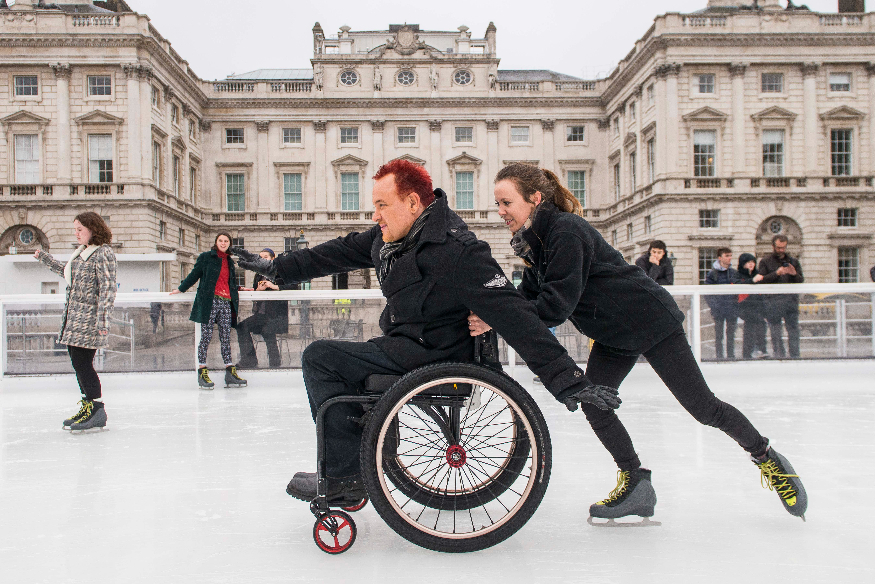 LAST CHANCE SKATE: This is the final weekend of this year's (or should that be last year's?) Christmas ice rink at Somerset House. You've got until Sunday to perfect your moves on the ice in the picturesque courtyard, with the Skate Lounge serving food and drink overlooking the rink, and a Swiss mountain-themed Jimmy Garcia pop-up inside the building. Until 15 January

EVA GONZALES: It's the final weekend of Discover Manet & Eva Gonzalès, a free display at the National Gallery. It features just a single painting, a self-portrait of artist Eva Gonzalès, and uses it as a starting point to explore her life, her work and her relationship with Impressionist painter Edouard Manet. FREE, until 15 January

LANDSCAPE PHOTOGRAPHY: Head to the main entrance of Southwark Cathedral to see the newly-installed exhibition of landscape photography by the Royal Photographic Society. It's previously been on display in Edinburgh and York, and consists of 61 images depicting scenes of mountains, lakes, forests... and a couple that'll look very familiar to Londoners too. FREE, until 31 January 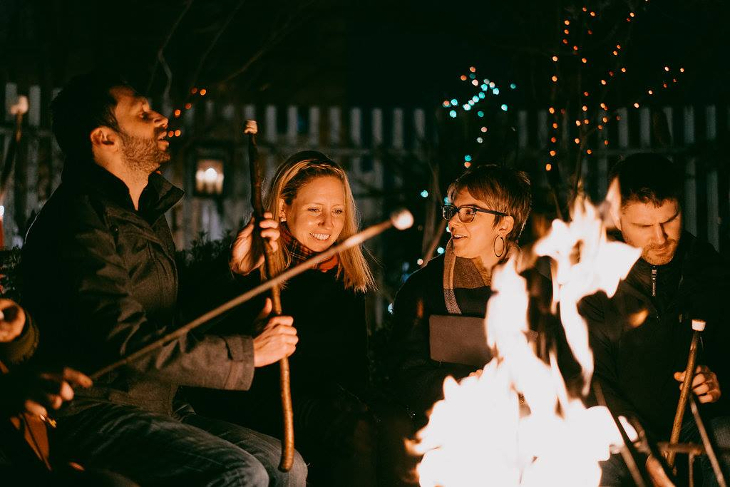 The Midnight Apothecary hosts a wassail on Saturday evening

NOT JUST WORDS: UCL Art Museum opens a new exhibition, Not Just Words, which offers a look at different approaches to language learning, and shows how language and culture are intertwined. Find out which languages are easiest to learn for native English speakers and why. FREE, until 9 June

FREE THINGS TO DO: Looking for things to do on a budget? We've curated a map of free things to do in London, all year round. It covers museums, galleries, parks, gardens, talks, tours and more. 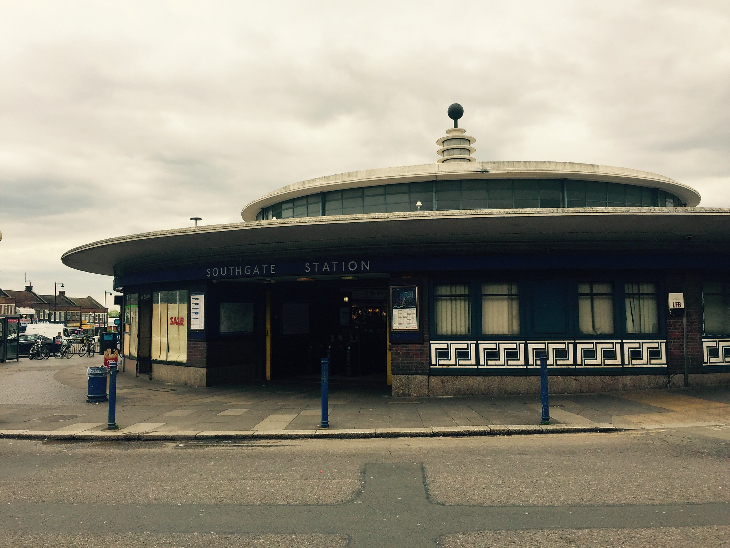 Learn about the history of Southgate station as part of the Piccadilly line extension. Photo: Matt Brown

ADULT STORYTELLING: Performance storyteller Olivia Armstrong is at the William Morris Gallery in Walthamstow for an afternoon of history, poetry, folklore and myth, designed for an adult audience. Take a tour of the current King Arthur exhibition, then enjoy a reimagining of the myth of Arthurian heroine Lynette. Age 18+. 1.30pm-4pm

PICCADILLY LINE EXTENSION: 90 years after the Piccadilly line was extended to Cockfosters, Southgate District Civic Voice hosts an open meeting with a focus on the extension. TfL heritage managers Gareth Leslie and Edmund Bird give a talk about this stretch of the line and Southgate station in particular, which was designed by Charles Holden, and is one of only five Grade II* listed stations on the whole network. 2.30pm-5pm

GLENN MILLER ORCHESTRA: Dance the afternoon away to hit songs from the 1940s, including wartime chart toppers, courtesy of the Glenn Miller Orchestra at Southbank Centre. Little Brown Jug, Moonlight Serenade and American Patrol are all on the programme, with guest singers including Mark Porter, Catherine Sykes, Ray Wordsworth and John James. 3pm 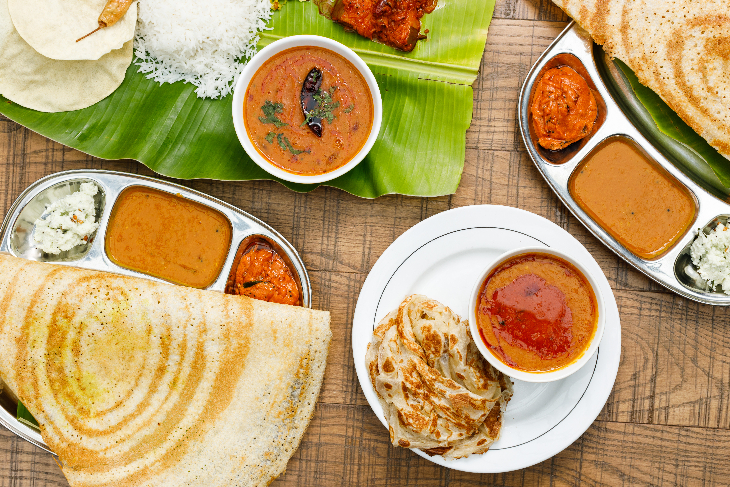 Tuck into a feast at Market Halls

MIDNIGHT APOTHECARY: Rotherhithe's rooftop cocktail bar The Midnight Apothecary hosts a special Twelfth Night celebration in the form of a wassail. Gather around the campfire and slurp cider-based tipples, before taking part in a procession down to the lower garden for traditional wassailing songs and carols. 6pm-10pm

TWO YEARS AT SEA: BFI Southbank screens 2011 black and white film, Two Years At Sea, about a man living alone in a forest in Scotland after returning from sea. There's an introduction by director Ben Rivers, and the event also includes a screening of 1952 short film, A Portrait of Ga. 6pm

JEN BRISTER: Comedian Jen Brister performs her current show, The Optimist, at Bloomsbury Theatre. She questions whether the pandemic has changed her for the better, and how she came to learn that she's no good in a crisis. Age 16+.  7.30pm 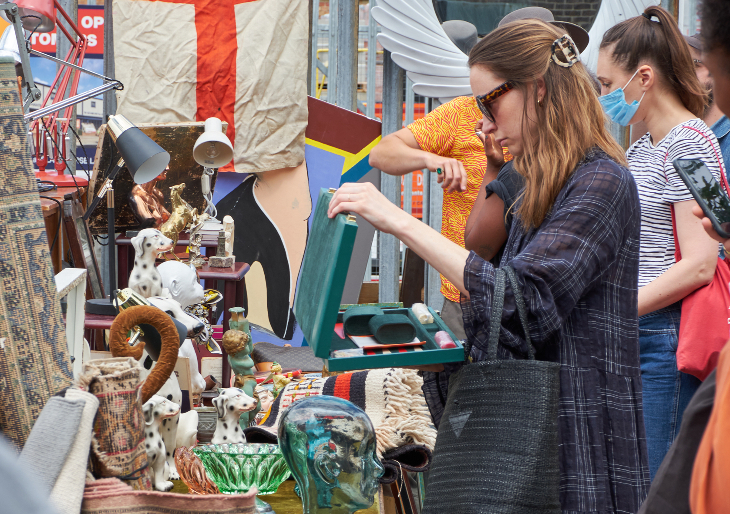 Hunt down a bargain at Walthamstow Flea Market

SOLDIER STORIES: Head to Chelsea's National Army Museum for a chance to meet Sister Evelyn Morgan, a nurse who arrived in France as part of the 1944 Normandy Landings. Actors take on the roles of both real and fictional people in this family-friendly event, which gives children a chance to learn about different aspects of war in an interactive way. Age 7+. FREE, 12pm-4pm

HOW TO DISAGREE: Expert Ian Leslie is at Conway Hall in Holborn to offer tips on how to disagree successfully. He's consulted  interrogators, hostage negotiators, divorce mediators, diplomats, and addiction counsellors — and considered aspects such as psychology and culture — to write his book, How to Disagree: Lessons on Productive Conflict at Work and Home. 3pm

TEATIME TREATS: The musicians of Southbank Sinfonietta perform an afternoon concert in the impressive surrounds of St John's Smith Square, covering a variety of genres, and with a chance for audience participation. Your ticket includes a hot drink and a slice of cake, which sounds like something we'd very much like to participate in. 3pm

THE SNOW QUEEN: Join storytelling collective London Dreamtime at the atmospheric Asylum Chapel in Peckham for a retelling of fairytale The Snow Queen, accompanied by live music, and set in candlelight. The venue is a ruined chapel so dress warmly and bring a blanket (and a candle in a jar). Suitable for adults and older children. 3.45pm-5pm 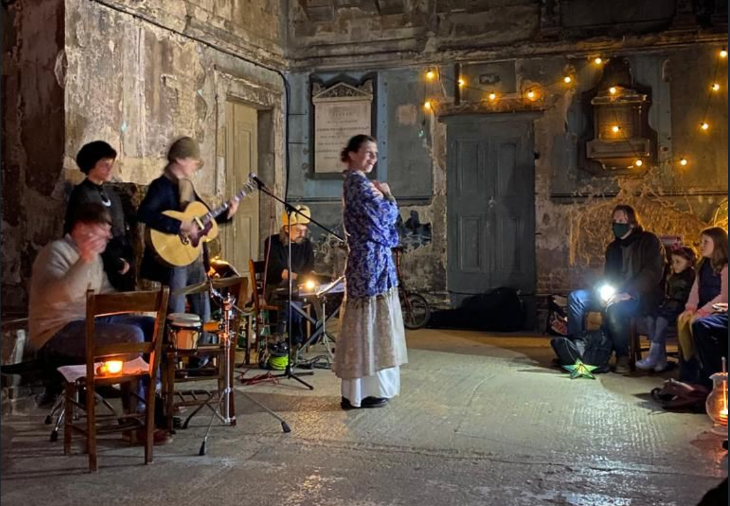 Join London Dreamtime for a retelling of The Snow Queen

WEST HAM VS MAN CITY: The Hammers' women's side are at home to Man City this evening — with the teams currently shoulder-to-shoulder in the league. Head to Chigwell Construction Stadium, to watch this juicy clash. KO 6.45pm

TS ELIOT PRIZE: Ahead of the winner being announced on 16 January, hear readings of work by the 10 poets shortlisted for this year's TS Eliot Prize. Poet and broadcaster Ian McMillan hosts as Victoria Adukwei, James Conor Patterson and Yomi Ṣode are among the poets reading at Southbank Centre. 7pm

SIMON AND GARFUNKEL: Mrs Robinson, Cecilia, Bridge Over Troubled Water and Homeward Bound are some of the songs performed by tribute act The Simon and Garfunkel Story, who pitch up in Croydon tonight. The live music is accompanied by photos and film footage of the musical duo's performances. 7.30pm

WILD MEN OF BORNEO: Author Carl Hoffman discusses his latest book, The Last Wild Men of Borneo, in which he tells the stories of two men who went in search of the wild tribes of Borneo. Tribal art collector Michael Palmieri has made over 150 expeditions into Borneo, and Swiss environmentalist Bruno Manser disappeared in the region in 2000, and is presumed dead. 8pm-9.30pm