Godsend
By: Sloan Johnson
Narrated by: Christopher Rain
Length: 9 hrs and 16 mins
Unabridged Audiobook
Release date: 07-10-15
Language: English
Publisher: Sloan Johnson
You can't choose who you fall in love with. Despite assuming from a young age that he was gay, Scott Murphy couldn't imagine life without Shelly. He threw away the label he'd stuck on his sexuality and had 11 amazing years with her, but now, he feels even more lost trying to figure out how to move on after Shelly's death. After nearly a year of watching Scott fade away, Shelly's father forces him to start living again.
As much as Chris loathes the idea of attending a bereavement group week after week, it's one of the only places he can go in this town, other than the bar, to not feel so alone. When there's nothing to distract him or dull his senses, he spends too much time obsessing over how he should have been able to help his sister. When Scott shows up at his group session, Chris decides that maybe some good can come out of his sister's death.
There's no denying that Chris is the first man to catch Scott's attention in a long time, but how can he move on when just thinking of Shelly sends him to his dark place?
The road to recovery won't be an easy one, but Chris is determined to help Scott see that life is still worth living. But before Scott can allow himself to admit what he feels for Chris, he knows he has to reveal the full truth about Shelly's death.
©2015 Sloan Johnson (P)2015 Sloan Johnson
Buy links: Audible Amazon
Cat gives this one 5 Meows overall with a 3 Purr heat index...
If you want a story full of feels, search no more. This is a love story that goes straight to the heart. Scott has been with his high school sweetheart Michelle through more than any young couple should. After Shelly passes from cancer Scott doesn't deal well with her death and his father in law keeps pushing him to go to a group meeting. He finally goes to one and meets Chris.  They develop a friendship and soon their comfort for each other becomes more but it's not easy.

Chris has lost his sister. He deals with death all the time being a bereavement counselor but when it was his family it was different.  He sees something in Scott and is attracted but soon finds out he lost his wife.


This story has so many twists and turns and just when you think the tears can stop... something else happens to evoke more emotions.  I cried and cried sometimes happy tears but I will say the ending was so beautiful. I loved how not only is this story written in Scott and Chris's view... you also get Shelly as she watches over Scott. BEAUTIFUL.


So if you are looking for a story with lots of feels, emotional, angsty, a beautiful romance look no more! and have a box of tissue handy. 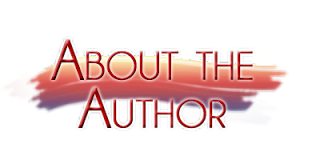 Sloan Johnson is a zamboni-driving, hockey-loving parent of two kids who are pretty okay most of the time. When they were three, their parents received a call from the principal asking them to pick Sloan up from school. Apparently, if you aren’t enrolled, you can’t attend classes, even in Kindergarten. The next week, they were in preschool and started plotting their first story soon after. Later in life, their parents needed to do something to help the socially awkward, uncoordinated child come out of their shell and figured there was no better place than a bar on Wednesday nights. It’s a good thing they did because this is where they found their love of reading and writing. Who needs socialization when you can sit alone in your bedroom with a good book? Sloan’s been kicked out of the PTA in three school districts and is no longer asked to help with fundraisers because they’ve been known get lost in a good book and forget they have somewhere to be.
~*~*~*~*~*~*~*~*~*~*~*~*~*~*~*~*~*~*~*~*~*~*~*~