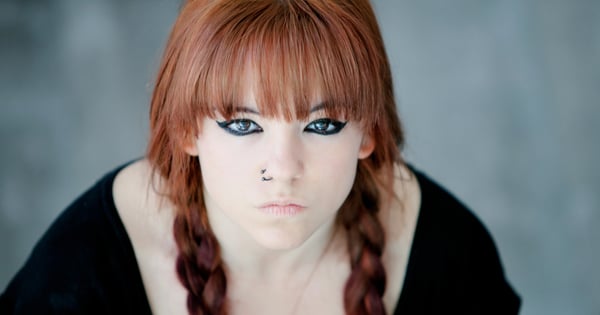 Most parents aren’t professional child-rearing experts with advanced degrees in child psychology. Parents are just people. And just when you think parenting can’t get any more difficult or confusing, it does.

When your kids are, say, less than 10 years old, there are obvious difficulties. Things like:

These things are tough and stressful and exhausting. It seems like this stage of parenthood might never end, nor will there again be a day when your previously tidy little starter home isn’t permanently stained, broken, crayoned, pooped on, peed on, vomited on, and strewn wall-to-wall with miniature molded plastic kitchens, workbenches, swing sets, basketball hoops, and dollhouses.

Again, you don’t believe this will ever end. Your life, as you now know it, is one big bag of Cheerios, one cluttered minivan, and one endless animated movie playing on a flip-down minivan screen or iPad where a young princess is singing longingly or a cute fish, troll, cowboy, race car, or young animal from the African plains is being chased by something appropriately scary, after which everyone sings again and the plot is left hanging just enough for a sequel.

If I can only survive this stage, you say to yourself as you drive your Dodge Caravan, Honda Odyssey, or Toyota Sienna, life will get normal again and maybe, just maybe, I’ll be able to sleep in occasionally and drive a vehicle with less than seven seats.

But what you don’t understand at the time is, those are the best years.

Sure, all these challenges are stressful and exhausting, but they are also relatively small. Most of them can be solved with a hot, soapy tub bath (for the kid, not you), fresh footie pajamas, a read through a favorite bedtime book, and a tuck-in kiss goodnight.

I believe that in creating this crazy world, Almighty God worked in some of his own practical jokes just for his own amusement. You know, things like platypuses and AMC Pacers and fruitcake and the movie version of “Cats,” apparently. Another one of these pranks is much more devious, though, and that is: teenagers. When God created teenagers, he surely said, “Hold my beer,” or perhaps, “Hold my wine,” to St. Peter or whoever happened to be walking past at the time.

I’ve always had a theory, and I’m quite serious, about God’s strategy with babies and teenagers. God made newborn babies insanely cute, cuddly, and with that wonderful baby smell because if he didn’t, we would never choose to have them of our own free will. Conversely, God made teenagers such that when the time comes for them to leave the home, the parents are OK with it. (Read: “Please, for the love, get this kid out of my house.”)

In all seriousness, the challenges that come with parenting teenagers in today’s world make the baby difficulties seem silly by comparison. Nothing about parenting young kids prepares you for teenagers. Instead of vomit and broken electronics and soccer practice, we’re now pitted against the influences of our good ol’ friends — the Internet and social media, the effects of which can be debated endlessly and were only someone’s evil dream when we ourselves were teenagers — along with shocking promiscuity; cars driven by undeveloped frontal lobes with no business operating a hurtling death machine; vaping, weed, and opioids, in that order; deception and lack of respect; and just a general disregard of the family values and good morals that were still, if somewhat precipitously, guiding us a generation ago.

The atmosphere of the Terrible Twos was blissfully clear and perfumed with sagging pee-pee diapers, tiny clouds of baby powder, the interior of Toys R Us stores and daycare classrooms, and fresh jars of sweet potato and green pea puree. The atmosphere of teenage-dom, however, is obscured in a haze of whatever vape and dope smoke is left over after a futile attempt to funnel it out a cracked bedroom window, and reeks of dirty laundry, stale bags of junk food, and copious amounts of Axe body spray. The child who once looked for any excuse to leap into your arms or nap on your chest would now rather attend a 4-hour time-share seminar than to receive a hug or a peck on the cheek from the exact same parent.

Let me just remind you that this is not an advice blog. This is an empathy blog. On occasion, I will impart some wisdom, but that is usually to be taken with a grain of salt and intended to provide a laugh. Today, however, I’m simply commenting on what seems to be a common and often uncomfortable experience in today’s world. Parenting a teenager — especially between ages 16 and 18 — in the present day is akin to a student pilot attempting to land a 737 commuter jet; even though the pilot understands the basic concepts of aviation, he is nonetheless out of his league and the landing will probably be rough at best, catastrophic at worst.

But he has no choice. He must try to land the plane.

I still hold out hope because, frankly, that’s all I can do. Our hopes and dreams for that squirming newborn child never, ever included the majority of the activities engaged in by the same kid 17 years later. Nevertheless, I still cling to hope. My prayer — for me and for you, Shell-Shocked Parent of a Teenager — is that our child will simply survive this incredibly difficult and confusing stage without:

The second half of my prayer is that our teenager will:

Good luck and Godspeed on your parenting adventure.

The post Holding Out Hope appeared first on The Good Men Project.