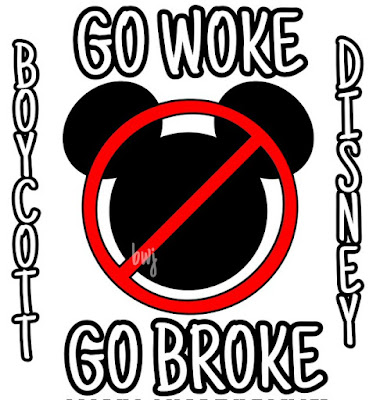 Walt Disney would be spinning in his grave if he knew what a mess the company that bears his name has become.

It is speculated that far-left employees have successfully pressured Walt Disney Company executives into caving in to their "woke" positions in opposing the Parental Rights In Education bill that was recently signed into Florida law by Gov. Ron DeSantis.

The blowback against Disney has been loud and intense. It may even cost them governing privileges they've enjoyed for over 50 years.

Some families across the country are reconsidering their previously Disney-friendly stance in their homes or their lives — including the movies, the streaming service, the theme parks and other offerings from the entertainment and media conglomerate.

That's partly because Disney's CEO, Bob Chapek, has opposed a new bill signed into law this week by Florida Gov. Ron DeSantis; it's known as the Parental Rights in Education bill.

The law prohibits Florida teachers from instructing very young students — those in kindergarten through third grade — about gender identity and sexual orientation. Initially, Chapek had not taken a public stance on it, but some people believe he ultimately caved to a minority of far-left "wokers" who are upset about the new law.

During an appearance on Fox News’ morning show Fox & Friends on Friday, DeSantis accused Disney of trying to “impose a woke ideology” on his state.

He said that Disney should be stopped because if left “unabated” it would “destroy” the country.

In 1967, Florida created the Reedy Creek Improvement District, a semi-private, independent governing entity controlled by Disney. It gave the company the power to approve construction projects for its theme parks as well as build and manage the necessary infrastructure to support its operations.

The district was also empowered to levy its own taxes and then use the revenue to build public services and maintain roadways and bridges.

If the GOP-led state government repeals the law, Disney World and all of its properties would be regulated by Orange and Osceola counties in central Florida.

The Disney company may be the latest to find that "go woke, go broke" also applies to them.