Last year, about a week before Halloween, Jack announced that he knew what he wanted to be for Halloween 2021. This isn't unusual for my kids, they both pick their costumes well in advance, but I make them wait until May before we begin talking about costumes for the following fall, particularly with growth spurts and changed interests in mind.

Jack is really into claymation, and as such he's a big fan of the British cartoon Wallace and Gromit he decided this is who he wanted to be. We talked a great deal about whether he'd want this to be a group costume (as in would one person dress up as Wallace and the other as Gromit), but he was insistant that he alone wanted to be both. 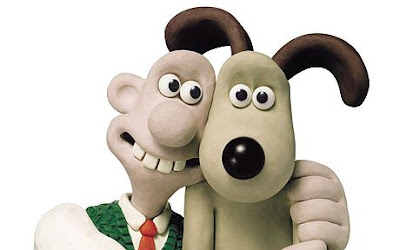 This is how we made his Wallace and Gromit costume and how much it cost.

This summer I began scouring thrift stores, closets, and our dress up box for an outfit to transform Jack into Wallace. We decided that Gromit would likely be a stuffed animal that he carried.

From our supplies we found a dress shirt, black pants, and a bright red tie. The shirt and pants were hand me downs from a cousin, and the red tie came from something Chris used to wear with a black suit about 15 years ago, so that cost us nothing! The major problem was finding a green vest. After searching thrift shops since July I decied in early October that the green vest wasn't going to happen. Instead I purchased a sized small women's V-neck green shirt for $4.99 from Value Village and cut the sleeves off. 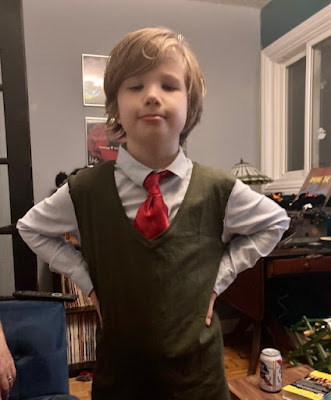 Outfit Complete
Once that was settled we needed to find our Gromit. Since it is a British series that was most popular 25 years ago our pickings were slim. We managed to find a Gromit Puppet perfect for the job on Ebay for $20 Canadian plus shipping from a seller who specialized in vintage toys.
Next we picked up a wig net from Dollarama for $1.50, a plain white mask from Spirit Halloween for $2.49, and a bald cap from Spirit Halloween for $8.99. 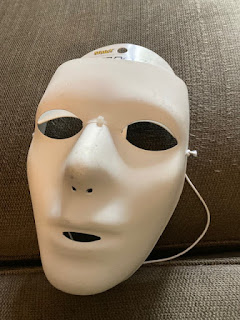 The big problem we had with our mask was that it wasn't  even close to matching the shape of Wallace's face
Since I am better at costume construction than I am at mask painting, I outsourced Jack's mask to my niece A (the same person who painted Jack's amazing Pennywise masks from last year). She used light weight clay from the Dollarama to glue on a prosthetic nose and teeth to create a profile that matches Wallaces. She mixed paints she already had on hand to match his skin tone to the bald cap. 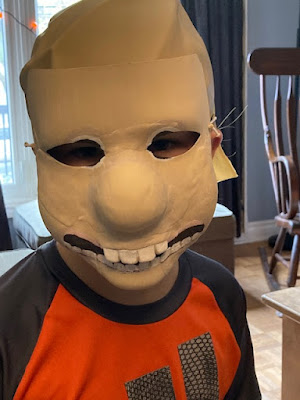 Wallace Face
This afternoon we put it all together for a dry run to see how it would look.  Below is the grand reveal....Enjoy! 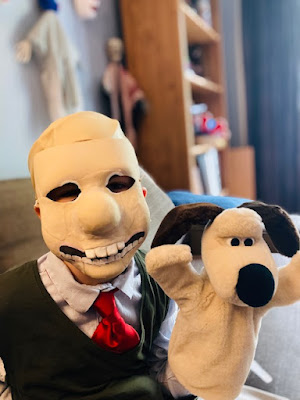 Wallae and Gromit can't wait to go Trick or Treating this year!
The total cost of the costume, costume supplies, and shipping was roughly $45, plus Jack has a Gromit puppet he adores as a Halloween keepsake for years to come.What are your kids going as for Halloween this year? Happy Crafting! Happy Halloweening!