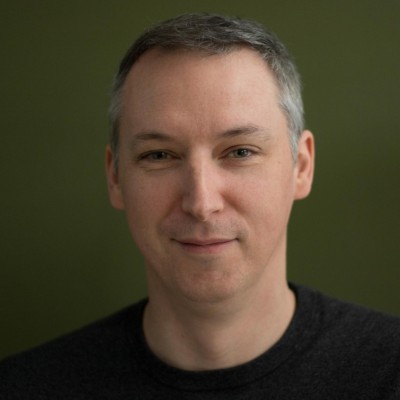 It’s not just that phones are growing larger on average, manufacturers have also stopped making smaller phones. If you want an Android phone that’s easy to manage one-handed and fits into a skinny jeans pocket comfortably, then you don’t have a lot of choices.

As the current poster boy for overkill in smartphone design, the Samsung Galaxy S20 Ultra truly is comically big. It is 6.57 inches tall and it has a 6.9-inch screen. Shave the enormous bezels off an old Nexus 7 tablet and that’s the kind of size we’re talking about.

Put this monster in your pajama pocket and it’s heavy enough to pull them down.

Not only is it too big to comfortably manage with one hand, the S20 Ultra is also heavy. At 222 grams naked, this thing is weighty. You’re more likely to fumble this phone because of the size and weight. Since a shattered screen is going to cost you somewhere around $400, a case is essential, but that makes it even heavier. We now have a device that fails the pajama pants test. Put this monster in your pajama pocket and it’s heavy enough to pull them down. It’s not fair to single out the Ultra, this is becoming a widespread issue. I developed this strange pain in my finger a while back. I could not figure out what was causing it. Could it be arthritis? Some sort of tendon condition? Maybe a weird infection? I eventually figured out it was the gaming phone I was reviewing at the time. When I held it in landscape to play, I was resting the weight on this one finger — it was the Red Magic 3 if you’re curious.

The thing is, we’ve grown used to this. Smartphones have grown slowly, almost imperceptibly bigger over years. If someone pulls a huge phone out of their pocket and holds it to their head, we no longer react. Just five years ago, we would have noticed and maybe laughed. When the first Note was released, Samsung was ridiculed for making a phone so big.

Even with enormous bezels it was only 5.78 inches tall. The Pixel 4 is taller than that. We’re like the lobster in the pot that doesn’t realize it is being cooked because the water gets warmer very slowly. We’ve been conditioned to think huge phones are the norm.

The word phablet has been quietly retired, sadly not because people have finally realized portmanteaus are awful, but rather because it doesn’t have a distinct meaning anymore. There is no middle ground between phones and tablets, phones have eaten that middle ground and grown bigger in the process.

Why have they gotten so big? I can’t deny there are some good reasons. Bigger screens are better for watching video or playing games. There’s more room for extra features like multiple camera lenses and support for 5G. You can pack larger batteries in there and efficient cooling systems. Though some of that is a bit chicken and egg: larger screens require larger batteries, and round and round we go.

There also comes a point where you have to say, that’s far enough. If a phone needs a special one-handed mode in the software, aren’t we acknowledging that it’s not really usable with one hand?

The Galaxy S series over the years. Made with PhoneSized.com

I’m being slightly disingenuous here. While phones have grown taller, they have also reduced in width. You won’t find many phones today that are more than 3 inches wide. That’s why iPhones sometimes look squat. Most manufacturers are making their phones taller, but not wider. The S20 Ultra is 2.99 inches across, whereas the original Note was 3.27 inches across.

I don’t want to ban big phones either. Some people love them, and that’s fine by me. I appreciate a big screen when I’m gaming. I probably only watch movies on phones when I’m testing them, because I have a TV. But some people like to watch a lot of video on their phone and a big screen makes sense for them. I get it. Truly I do.

Most seasoned photographers will tell you megapixels aren't everything — and they'd be right — but megapixels are exactly what matter here. This is a story about two sensors and the software that supports them. …

But, if we’re going to have comically big phones, why don’t Android manufacturers make small phones anymore? Scour comment sections and forums across the land, and you’ll frequently find laments about the scarcity of small Android phones.

Apple fans have the iPhone 8, which is still a surprisingly big seller. By units sold worldwide, it was the biggest selling phone of 2018, and it still managed to come in seventh place in 2019, according to IHS Markit. There’s no Android phone available today from a major manufacturer that’s as small as that. The Pixel 4 is considered a small phone now. Sony was the last holdout with the Compact line, but it has been retired. Ostensibly, because not enough people were buying them. Is that because people don’t really want small phones, or is it because most people don’t buy Sony phones anymore?

Presumably, if manufacturers thought small phones would sell well, they’d make more of them. The Galaxy S10e was the last smallish phone from Samsung and it’s yet to get a successor. Do we just like the idea of smaller phones, but size simply isn’t enough of a reason to drive our final choice? Would Samsung clean up with a smaller phone that wasn’t dramatically scaled back on the spec sheet? Would you buy one?

At the very least, can we agree that the S20 Ultra is as big as phones can go?