With the Mid-American Conference (MAC) Tournament approaching, wins and losses decide tournament seeding and who clinches a spot in the eight-team field in Cleveland, Ohio, March 9-12.

Ball State Women's Basketball (16-11, 8-8 MAC) lost to Northern Illinois (13-13, 9-8 MAC) 77-72. However, the traditional red and white jerseys the Cardinals normally wear were traded in for pink and white jerseys for the annual Breast Cancer Awareness game.

Ball State 1965 graduate and superfan Dave Heinkel dressed up in all pink, a tradition for him that dates back to 2009.

"When Kelly Packard [2008-12] was the head coach, she told me the next game was going to be for Breast Cancer Awareness," Heinkel said. "So I went out and found a pink suit jacket and some pants and other little things. I came up with the idea for the team to autograph my pants and that's been going on for 13 years."

Heinkel said he remembers when head coach Brady Sallee first saw him in his pink attire, saying it left him speechless.

"The first time Brady ever saw me in pink he didn't talk to me for a minute," Heinkel said. "When he came in the room and saw me he was just done. All he could do was shake his head."

Although Sallee is focused on wins, he said he hopes the Cardinals take something away from the occasion.

"I think the perspective that it hopefully lends these young ladies is that there are bigger things out there than a win or a loss, or a shot going in," Sallee said. "I think one of the really cool things about college athletics is that within your sport you're part of a community."

Senior Thelma Dis Agustsdottir led Ball State with 20 points but also said putting on the pink and white jersey was important to her.

"It's a great cause," Dis Agustsdottir said. "I think everyone knows someone or has someone who has gone through it so it's definitely cool to be a part of it."

"We're all trying to make a difference and just bring awareness," Sallee said. "I think we're starting to make a dent in this thing." 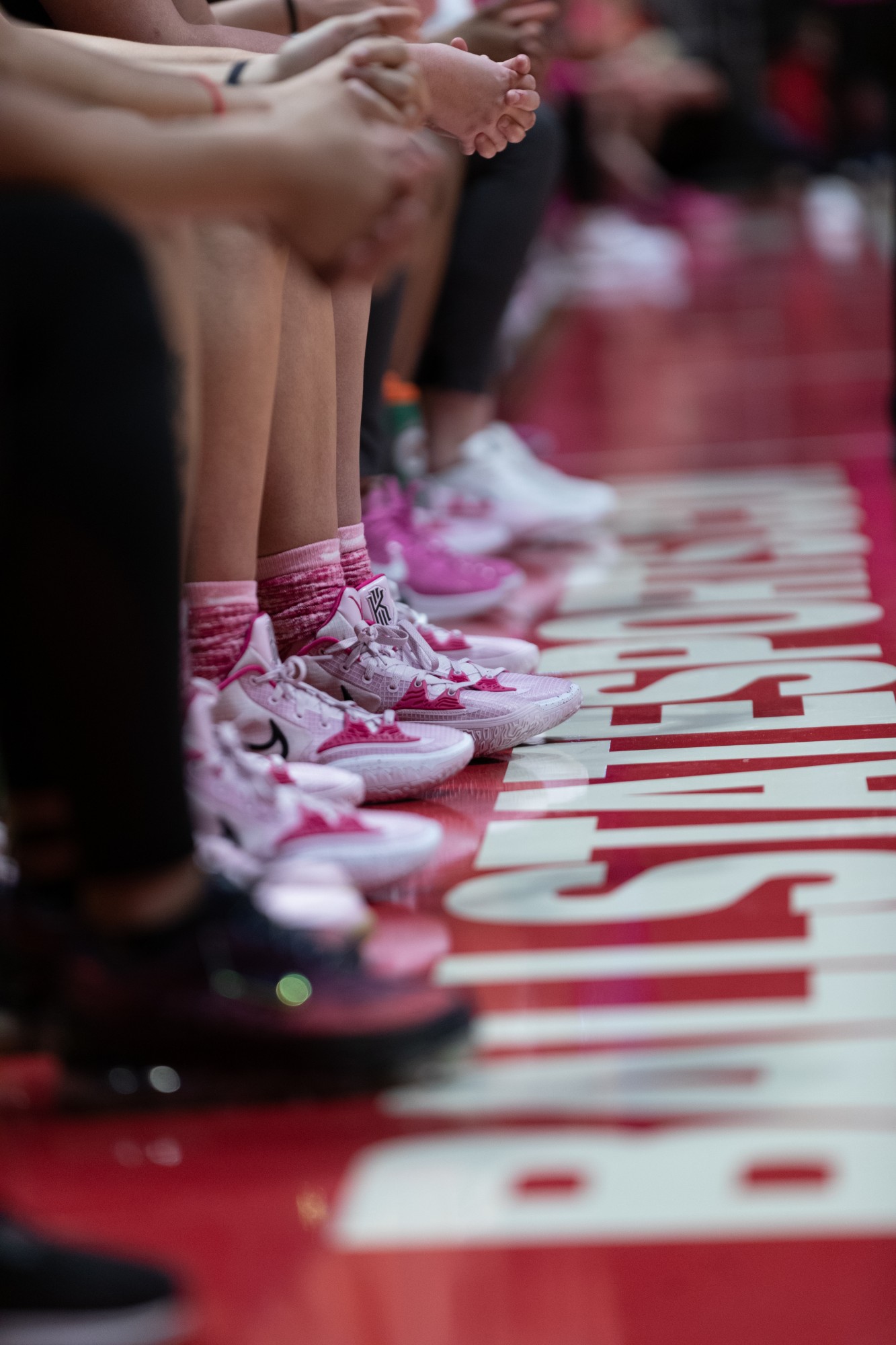 In the first half, the Cardinals converted seven 3-pointers with five in the first quarter. Dis Agustsdottir finished 6-of-11 from the 3-point line and said she felt comfortable moving without the ball.

"I think it was a confidence thing," Dis Agustsdottir said. "I was definitely hitting more coming off ball screens and being more aggressive."

After halftime, the Huskies flipped the script. After trailing by five at halftime, Northern Illinois held an 18 point lead with four minutes and 40 seconds left in the fourth quarter. Sallee said Ball State struggled mentally and physically in the third quarter.

"It was pretty evident we played like we wanted to be anywhere but in the gym in the third quarter," Sallee said. "It was really just what was going on in between our ears. We talked about body language and it had to start from there."

In the fourth quarter, the Cardinals cut their 18 point deficit to five. Dis Agustsdottir said Ball State did not want to be easily defeated.

"I think after the third quarter we were thinking, we're not going to go down like this," Dis Agustsdottir said.

Freshman Ally Becki had 13 points in the fourth quarter, putting the Cardinals back within striking distance. She finished with 19 points, seven assists, six rebounds and three steals.

Sallee said the Cardinals have and will continue adjusting to mistakes they've made during a loss.

"Now, it's going to be about how can we make sure this doesn't happen," Sallee said. "This team has been pretty good about learning lessons, tough lessons, after losses. Again, I told them we're not going to get back on the roller coaster."

The Huskies were led by junior forward A'Jah Davis who posted a double-double, finishing with 23 points and 13 rebounds.