LUCY BURDETTE: Today we're delighted to host longtime Reds friend, Liz Milliron with her musings on strong female characters. Take it away Liz!
LIZ MILLIRON: Thank you, Lucy and all the Reds, for having me back. Its always fun coming out from the back-bloggers and stepping in front of the mic as it were.
Today I have a confession to make and its a biggie.
Im not a big fan of the phrase strong woman as a literary conceit.
Now, now, hear me out before you start boo-ing.
I absolutely want to write women who arent always being pushed around (unless that type of character is necessary for the plot). I dont want to write a woman who is TSTL or always needs to be rescued (although needing a little help from her friends is not a bad thing). But the term strong woman always puts my back up because it seems to mean different things to different people.
For some, a strong woman is someone like Black Widow from the Marvel movies or any other female action hero one who is able to kick-butt and take names. But the ability to throw someone across the room is only one aspect of strong in my opinion.
For others, strong is a personality thing. They are independent, feisty, not afraid to say and do what they believe is right and sometimes verge into the always dreaded unlikeable label. Again, I think this definitely isnt quite complete.
What I prefer is a term I came across a few years ago: agency.
A character with agency (male or female) is in charge of the story. She makes decisions, sometimes bad ones, and pushes the plot forward. She is active, not reactive. She isnt like a video-game character, subservient to the whims of the player, but gets to choose for herself. That includes the ability to make bad choices.
Its not that she doesnt need anyone else, or never seeks advice, but shes capable of taking that help from others and moving forward on her own. Or not taking it and moving alone, as the case may be. 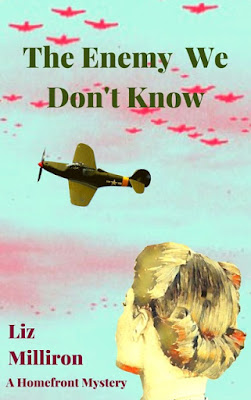 This is the type of character I wanted to create when I came up with Betty Ahern, the protagonist in my Homefront Mysteries. The time is 1942. The world is at war and women were doing all sorts of things they didnt historically do. Betty, only 18, works at Bell Aircraft in Niagara Falls, NY, making the P-39 Airacobra. Shes the second child of an Irish Catholic family living in Buffalos First Ward. She loves movies, particularly detective pictures, and dreams of being a private eye herself.
Betty is straddling two worlds. The old one, represented by her mother, where women stayed at home, took care of the family, and confined themselves to the domestic front, and the new one, where women had to don pants go out and wield a rivet gun because as she says, These planes arent gonna build themselves.
World War II completed what World War I started. Women werent bystanders any longer. They loved their families, but they were going to make their decisions and do what their hearts told them. They might always have been strong, but now they had agency. They could make their choices and be in charge of their own stories.
Its a process thats still in progress. Women have seized their agency in so many ways since 1942 and if you look at the 2016 elections, they are still finding new ways to make themselves the directors of their own stories.
Im glad Betty is now part of that story.
*Side note: Betty is very loosely based on my paternal grandmother whose name was also Betty. She really did work at Bell Aircraft during WWII. She went on to get married, raise two boys, and spent 30 years working in a high school cafeteria. She could quell an argument with a single look. Talk about a strong woman.
Readers, tell me: Is there a woman in your life who you admire for her strength/agency? Or how you see women seizing agency today? We'll be giving away one copy of The Enemy We Don't Know to a commenter today... Ebook or paper copy (US only)
About the Book:
November, 1942. Betty Ahern is doing her part for the war, working at Bell Aircraft while her older brother and fiance are fighting overseas, but she really wants to be a private detective like her movie idol Sam Spade. When sabotage comes to the plant, and a suspected co-worker hires her to clear her name, Betty sees it as her big chance.
As her questions take her into Buffalos German neighborhood, Kaisertown, Betty finds herself digging into a group that is trying to resurrect the German-American Bund, a pro-Nazi organization. Have they elevated their activities past pamphlets and party-crashing?
When the investigation leads Betty and her two friends into a tangle of counterfeiting and murder, as well as the Bund, the trio must crack the case--before one or more of them ends up in the Buffalo Riverwearing concrete overshoes. 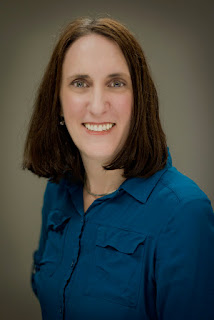 Have you been wondering how you can comfortably run or engage in intense stretching while being comfortable in your outfit? You need to buy the best Capri yoga pants available on the market as they do not restrict our movement
September 23, 2020

Get your clothes off the ground with new hangers
September 23, 2020