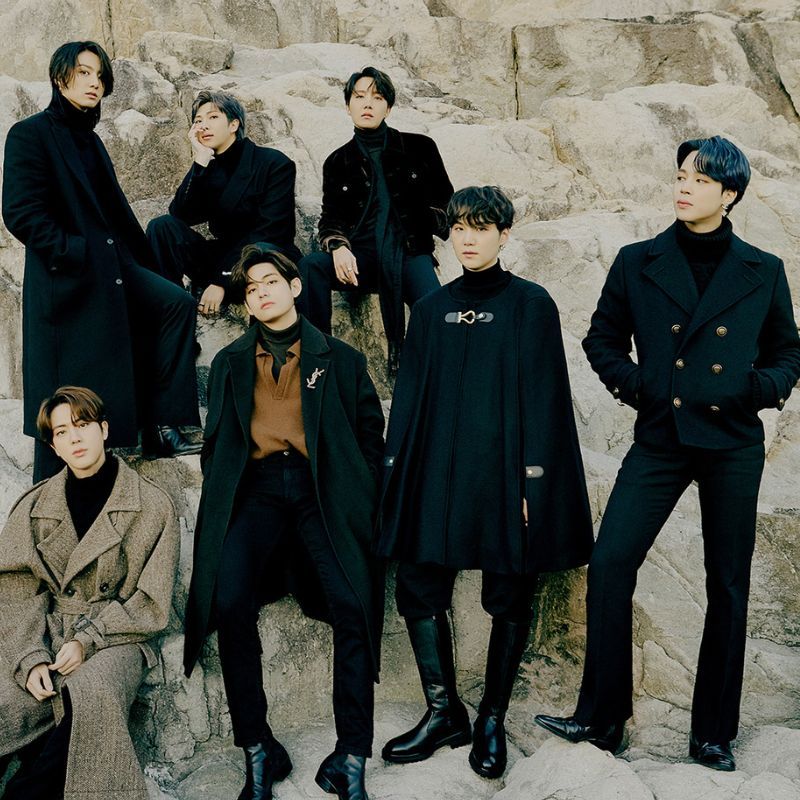 Imagine you’re part of one of the biggest bands living in the roaring 21st century and reigning the global music industry since debut (2013). You consistently earn millions from digital and physical album sales, world tours, streams, merchandise and commercials. You are also ruling the world of fashion and have been the global brand ambassador for Louis Vuitton since 2021. In short, you are as rich as Croesus. So, what would you love to drop money on? If your answer is expensive things and unique experiences, then you surely have a lot in common with the multi-millionaire members of BTS.

Around nine years into their career, the seven-member Korean boy band, comprising Jin, Suga, J-Hope, RM, Jimin, V and Jungkook, is still reaching new peaks in different charts worldwide. In 2022, BTS set a new high sales record with 4.52 million records sold in South Korea in the first half of the year. BTS also landed their sixth number one album on the Billboard 200 chart with Proof (25 June 2022). BTS has streamed through their map of brand partnerships with renowned names in the world of fashion, technology and Formula E. The five times Grammy nominated group’s brand value has led to skyrocketing sales for their endorsement partners.

Well, being that rich and famous gives the group members the possibility to indulge in everything that exhibits opulence and extravagance. From luxury properties in upscale areas of Seoul to Rolex Cosmograph Daytona, the Gucci Eco Cashmere Coat, diamond chokers and exquisite cars, BTS members own some of the most pricey items that run into millions.

According to various Korean media outlets, last year in November, Jungkook bought a posh property in the most popular area of Itaewon in Yongsan, Seoul, for USD 7 million. With a total floor area of around 230 sq m and land area of 637 sq m, the single detached house is one of the most expensive things owned by the ‘golden maknae’, and was originally built in 1976.

Being the youngest member of BTS, Jungkook is fascinated by exquisite cars. The K-pop group’s maknae once owned the Mercedes Benz AMG G63 edition, which is a statement piece. As per reports, the G-Class edition SUV was purchased by BTS’ Jungkook in 2019 and had been in the South Korean singer’s possession for two years. However, on 16 November 2022, Insight reported that the luxury car, apparently owned and driven by Jungkook himself, was found on the art website Blacklot — an auction site that mostly specialises in rare items.

It wasn’t just Jungkook’s performance but also his outfit during his opening ceremony performance at the 2022 FIFA World Cup that grabbed attention worldwide. The little prince of BTS wore the Versace 2022 F/W Collection Barocco Silhouette Bomber Jacket (USD 14,775) and made all the BTS ARMY turn heads. He paired it up with Versace’s 2023 S/S Runway Inside Jacket, Medusa Biggie Cargo Pants (USD 1,424.66) and the stylish Bottega Veneta lug boot (USD 1,650).

Apart from cars, Jungkook’s love for fancy watches is worth mentioning. He has an extensive collection of Rolex watches. One of the most expensive is his Rolex Day-Date Series watch with exclusive President Bracelet (price starts at around USD 36,600). The little prince of BTS was seen flaunting his pricey Rolex Cosmograph Daytona during the American Music Awards (AMAs) in 2017.

Jungkook also made quite the noise after appearing on the 6 March 2022 VLIVE with a pair of Nike Dunk Low Halloween sneakers (USD 110), released back in 2021. The markup has now increased the cost and it falls between USD 114 to USD 500.

Jungkook flaunted his minimalistic yet luxurious fashion sense while meeting Anderson Paak. The photo that made it to Paak’s Instagram feed, had Jungkook wearing a USD 740 floral shirt from Undercover Jun Takahashi. Not to forget the classy Saint Laurent Teddy embellished bomber jacket (USD 3290) that Jungkook wore during the PTD On Stage rehearsals in Las Vegas.

Kim Taehyung, popular as V from BTS, loves all things expensive and artistic. The group member has reportedly bought a luxurious apartment in the posh Gangnam district of South Korea. His home has a special art room that rarely makes its presence felt on his Instagram. V’s apartment is reportedly worth USD 4.55 million.

V is also the owner of a Genesis GV80 SUV worth USD 70,900. The South Korean singer was enamoured by the car while filming for a Run BTS episode and later bought one for himself.

V’s love for Gucci is too well known to be a secret. During BTS in the Soop, the singer even woke up in Gucci shirts. However, BTS fans have a special liking for a stage performance of the group where V was seen donning a pretty Gucci Floral Diamond choker costing a whopping USD 30,000. The USD 7580 worth Gucci Corduroy jacket with button embroidery that V wore during a BTS AMAs performance deserves a mention as well. V also went for an expensive and fancy Bottega Veneta ready to wear jacket worth USD 5300 for one of the group’s Billboard shoots.

That being said, the list of expensive things owned by band member V is incomplete without including his all time favourite Cartier Tank watch worth USD 9750.

Jimin from BTS, who is currently busy working on his solo project, owns one of the most expensive properties in Nine One Hannam, South Korea. This luxury housing complex was built in 2020, and has most of the luxury flats in Seoul. The South Korean singer had reportedly acquired the over 293 sq m property for USD 5.3 million.

Apart from this, a classic Porsche Panamera GTS (USD 179,800) and a Kia Carnival (USD 46,000) are two of the expensive cars owned by BTS member Jimin.

BTS member Jin is a huge car enthusiast. The South Korean singer was spotted driving a Porsche Panamera GTS costing over USD 179,800 in 2017. And as one was not enough to satisfy Jin, he ended up buying another bright blue Lamborghini Aventador S (USD 522,000).

Meanwhile, as per a report by SBS News, BIZ.HANKOOK recently stated that Jin has added a luxury apartment to his list of expensive investments. Located in one of Seoul’s impeccably posh apartment complexes, Hannam The Hill, the over 2o6 sq m apartment was acquired for USD 3.7 million.

Like most K-pop celebrities, J-Hope, one of the main rappers of BTS, owns a luxury apartment in Seoul’s Forest Trimage complex. The apartment was bought for USD 6.1 million in 2016, as per reports.

The rapper is also the proud owner of Porsche Carrera 911 which costed around USD 84,000 at the time of buying.

Min Yoongi aka Suga, has invested in a property located in an exclusive residential area called the UN Village. Only the highest South Korean elite can afford a property in and round the UN village in Seoul. The 244 sq m apartment is close to the Han River and gives beautiful views of the Namsan Mountain.

The “That That” producer also owns a Hyundai Palisade worth USD 47,000.

The leader of BTS, Kim Namjoon aka RM, is slowly but steadily gaining the title of an emerging art collector. The rapper owns some of the rarest and pricey art pieces in Seoul. An August 2022 Instagram update of his home revealed a USD 1.2 million sculpture named Untitled (But the boomerang that returns is not the same one I threw), 2013–17 by American multidisciplinary artist Roni Horn. RM also bought a 150 x 150cm painting titled Disappearing Hometown 730 by Joung Young Ju for USD 42,100.

Other than investing in art pieces, RM has also put his money into a luxury apartment (USD 5.3 million) in Nine One Hannam just like his band member Jimin.

The post From luxe properties to fancy cars: A look at the most expensive things owned by BTS members appeared first on Lifestyle Asia Hong Kong.