Continuing in our series of Wrangler interviews, I'm talking to Kristina Knight today. I hope you enjoy our talk as much as I did.
Hi, Kristi. You and Margie are the only original Wranglers left, although I got on board soon after the blog's beginning. So much has changed since then! We've watched bebe grow up (too fast), we've written lots of books, and...yeah, it must be said, some of the changes have been like a Judith Viorst book title--"horrible, no good, very bad..."
So tell us--
1. You were orphaned when Harlequin Superromance ceased publication. It was awful--we all know that--but how's it been since? What's your next stop on the romance-writing career train?
Hey, Liz! Well, technically I'm not an 'original' Wrangler - I think I joined the blog a year or so after it was begun? I'm glad to still be blogging here, though. You know, post-Superromance-life has been up and down. I've been just trying to find my footing and really think about what I want to write moving forward. I'm mid-pivot, trying to get more into writing women's fiction, but I do love romance and I don't think I'll ever really 'quit' writing it. I'm in the submission zone right now - have a proposal out with Harlequin and am getting ready to turn in a requested full to one of the category lines so..just moving forward, I guess, is what I'm doing right now!
2. While we're on hard subjects, bebe's almost a teenager. Any idea how you and Radio Man are going to survivethat? 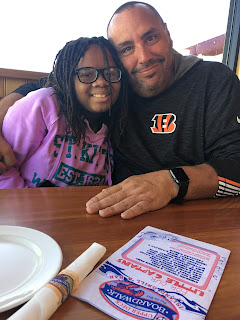 Oh, jeez, I have no idea. She's 11 now, so we're in full-on tweendom and some days are great and she's silly and funny (as per the usual) and then we get hit with a Hormone Avalanche and everything is terrible! horrible! no good! very bad! On those days, we wonder what the heck we've set ourselves up for, but mostly, we just try to keep things calm and not overreact. It's hard!
3. What's your project-in-progress? The Wranglers started as a review group, something we seldom do anymore. We often don't even know what the others are writing, so catch us up!
Right now I'm working on revisions for the first of what I hope will be a two-book series, set on a small Caribbean island, featuring a prince is disguise and a television 'princess' who...well, don't see eye to eye on how their past affair should affect their future.
5. There've been so many changes in the industry. How do you feel about some of them?
For the most part, I think the changes within the romance genre have been good. Self-publishing definitely opened the market to many more writers, but a good story is still a good story. I wish that sites like Amazon would crack down harder on the scammers, but I'm not sure how we make them see the damage that bookstuffers and other scam artists are doing to the industry. So, mostly, I keep my head down and write my books and hope they hit the right audience at the right time.
6. We're coming hot and heavy into the holidays. Got a memory you'd like to share? 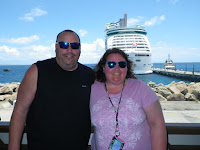 How about our second Christmas with bebe? Because that was the year our adoption was finalized (December 15th) which was the best (slightly early) Christmas present ever! Plus, she was at a great age - 18 months so she was old enough to love the lights and music and get excited with all the boxes. Literally, the boxes. I don't think she played with a single toy that year but those boxes got a workout! (Interviewer note: I couldn't read this without getting sniffly. Shelby was the most beautiful baby and Kristi and Kyle the happiest, coolest parents. They're all still beautiful and cool. Okay, back to being official here...)


7. Something you wish you'd known before you decided to become a writer?
That writing isn't just about writing. We definitely need to put words on the page, but we also need to fill our writing well - reading, taking time *not* writing (like people watching or museum wandering), watching TV or movies. It can be easy to fall into the 'if I'm not writing I'm not a writer' trap, but the thing is that while writers do write, they also observe and think and wonder. If we aren't taking the time to do those things, our stories won't be as rich. (Another interviewer note: What a great answer this is!)
*** 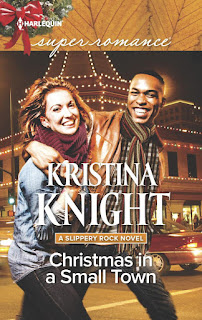 A cheating fianc sends Camden Harris fleeing to her grandparents home in Missouri. When her ex follows, determined to win her back, Camden makes a deal with neighbor Levi Walters: theyll pretend to be in love and shell support his plan to buy her grandparents land.
The boy from her childhood has grown up into an impressive man. His charm, good looks and sweet gestures make it difficult for Camden to remember this is fake. And Levis kisses only confuse her more.
https://www.amazon.com/dp/B0727TQB4M/ref=dp-kindle-redirect?_encoding=UTF8&btkr=1
"Another win from Kristina Knight, and this one just in time for the most wonderful time of the year! I adored Camden and Levi's story set amid the glittering Christmas lights of my favorite small town: Slippery Rock." - Amazon Reviewer 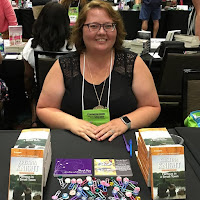 Kristina Knight began her writing career as a radio and television journalist, working for NBC affiliates throughout the Midwest as a reporter, anchor, and producer. After covering everything from a serial killers capture to the National Finals Rodeo, she decided to leave the TV biz in favor of writing stories she was passionate about.
Today, Kristina is a freelance writer as well as published romance author. She writes about family/parenting, covers entertainment news, and writes content for a small business website in her non-fiction hours. During her fiction time, she writes romances filled with great characters, fun communities, and always with a happily ever after.
In her personal life, Kristina is a wife, mom, and author, living her happily ever after one deadline at a time. A life-long Midwesterner, Kristina has lived in Missouri, Nebraska, and Ohio, where she job-hopped her way through college before eventually landing in the world of journalism. After a ten-year career reporting and producing news for several NBC affiliates, she traded in her journalism cap for yoga pants. She now writes stories that always end in happily ever after.
Kristina writes sassy contemporary romance novels; her books have appeared on Kindle Best Seller Lists. She loves hearing from readers, so feel free to email her!