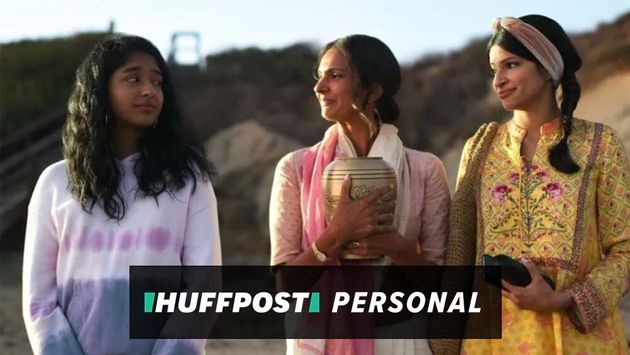 In 2014, my father passed away. It was a tragedy that shifted the trajectory of my life, who I am and my relationship with my Sri Lankan Tamil culture and heritage.

Trauma is often swept under the carpet in many migrant families, particularly when it comes to fleeing war and death. However, Mindy Kaling’s new coming of age Netflix show, ‘Never Have I Ever’, grapples loss and grief through a cultural lens in a relatable and authentic way.

Starring Tamil-Canadian newcomer Maitreyi Ramakrishnan as Devi Vishwakumar, the show also explores what it means to be a third culture kid, a term coined by US sociologist Ruth Hill Useem in the 1950s to describe children growing up in countries that are not their parents’ homeland.

From the get go, we observe Devi’s tug of war with the parental pressure of cultural preservation and her innate desire for a teenage experience resembling mainstream narratives, popularised by American culture. 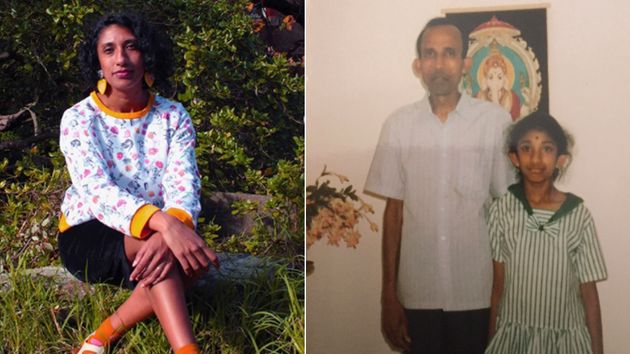 From feeling self-conscious and exoticised when wearing traditional clothing in public spaces, to rebelling against my parents’ perceived tyrannical rule, Kaling’s loosely biographical series feels uncannily accurate to my own life – most likely because it originates from a place of authenticity.

The opening sequence of the first episode reminds me of my teenage years.  We see Devi seated opposite her geometry book, which is firmly positioned on a shrine filled with pictures of Hindu deities. She asks for an invitation to a cool high school party, her arm hair to thin out, and of course, a boyfriend. This is a familiar pre-exam ritual for many Tamil Hindus, and like a lot of Tamil teenagers growing up as part of a diaspora (including myself back in the day), instead of praying for good marks, you’re asking the supreme beings for unrivalled popularity and an attractive paramour.

However, where the series truly triumphs and touched me the most is when Devi comes to terms with her father’s passing.

Like I said before, trauma isn’t always acknowledged in migrant families. Often the mantra is just to, in the words of American musician Curtis Mayfield, ‘Keep on keeping on’. To see Devi trying to address her grief with her psychologist (played with sass by Niecy Nash) – something I’ve only started to do as an adult – is subversive in a good way. Only last week, my psychologist helped me realise I was carrying the mantle of my father’s legacy – particularly when it comes to upholding Tamil traditions – to keep his essence alive, an adaptive behaviour synonymous with losing someone close. It’s been six years since he passed.

The penultimate scene in the finale where Devi’s family gathers at the beach to scatter her father’s ashes really struck a chord with me. Instead of the Malibu coastline in the arvo, my uncles, sister and I drove to Manly Beach in NSW at the crack of dawn to scatter Appa’s ashes, dressed in full traditional garb. Rather than John McEnroe in a wetsuit, we were greeted by a couple of Aussie surfers with bewildered ‘brown people be cray’ expressions on their faces. As the waves lapped against the rolled-up pants of my churidar, I tried to come to terms with how someone so present was now emulsified ash, pouring steadily and dissolving rapidly into the shoreline, and rolling slowly out to sea.

When U2’s Beautiful Day soared as the backing track to this poignant moment in the series, I choked up uncontrollably while tears slid down my cheeks. The residual anger, sadness and regret came flooding back from my own painful, yet poetic goodbye. Though I love Kaling’s use of youthful humour, it’s how she depicts grief that makes this series so special.

‘Never Have I Ever’ excels in its depiction of a quintessentially Tamil, albeit Hindu, diaspora upbringing. While Sendhil Ramamurthy’s (who endearingly portrays Devi’s #hotdad) mispronunciation of thakkali (the Tamil word for tomato) has birthed a thousand viral memes in the ‘Subtle Curry Traits’ and ‘Subtle Tamil Traits’ Facebook groups (look it up, it’s a whole thing); on the whole Mindy Kaling’s signature wit and characterisations create balance between laughs and tears . It’s relatable to anyone who has experienced adolescent awkwardness or dealt with grief.

I hope there’s a season two – might pray to Ganesha on that one.

Have a compelling personal story you want to tell? Find out what we’re looking for here, and pitch us on ukpersonal@huffpost.com