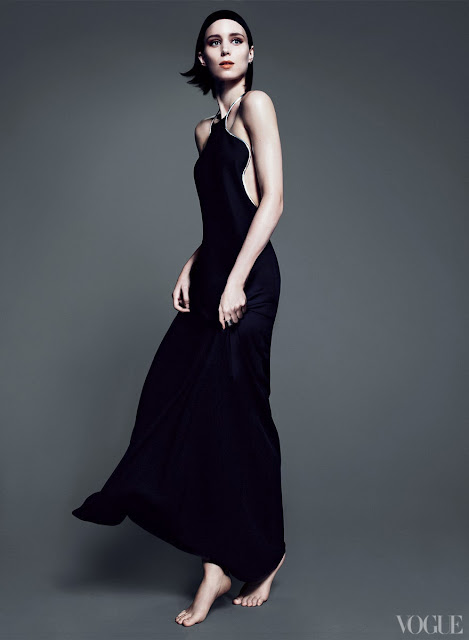 BY JONATHAN VAN METER
PHOTOGRAPHY BY MERT ALAS AND MARCUS PIGGOT
October 17, 2011
An Air of Intrigue
"There were all these versions of Lisbeth Salander, but the one that had the most layers was Rooney's," says director David Fincher. Alexander Wang knit top. Fashion Editor: Tonne Goodman.
It’s approaching midnight, and the June sun is winking on the horizon, still hoping to conjure one last moment of spooky beauty for the good people of Stockholm. Rooney Mara, David Fincher, and I are walking home from a two-bottle-of-wine dinner at their favorite café, around the corner from Ingmar Bergman Plats. Both of them have been living in Sweden, on and off, since the previous summer, shooting one of the most anticipated movies in years: The Girl with the Dragon Tattoo. As we pass the Royal Dramatic Theatre, where Greta Garbo studied as a teenager, Mara points to the clock tower in Gamla Stan, silhouetted in the distance, and reminds Fincher that when it strikes twelve it will be exactly one year to the day since he first auditioned her to play the part of Lisbeth Salander, arguably the most coveted role for an actress since Scarlett O’Hara in Gone With the Wind (another film adaptation of a wildly popular book featuring a shrewd, complicated, difficult-to-love heroine capable of slaying a man). 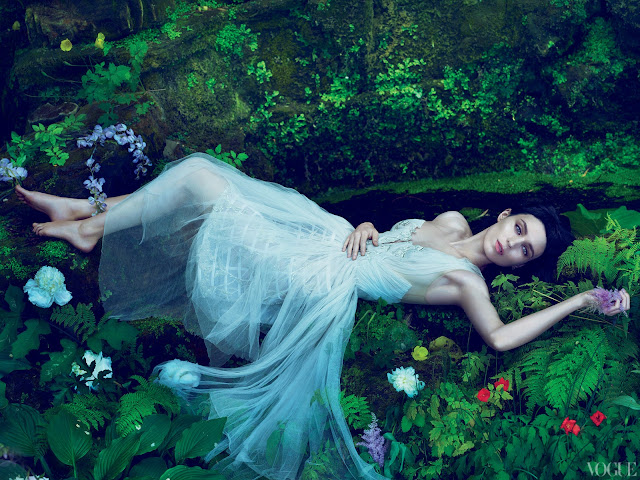 “Really?” says Fincher. “A year ago tomorrow?” He shakes his head in disbelief and then fishes a vibrating phone out of his pocket: “Hello, Amy.” It is the co-chairperson of Sony Pictures, Amy Pascal, the studio head who, if this movie takes off, will surely get credit for having greenlighted the first truly adult franchise to come out of Hollywood since the early seventies, when movies like The Exorcist—not Twilight—were winning the terrified hearts of audiences everywhere.

Mara and I drop back to give Fincher some privacy—though we can still hear snippets of his conversation. “It wasn’t supposed to be released!” he says into the phone. Mara laughs. “I think they are talking about my boobs right now,” she says with deadpan resignation. Turns out an explicit version of the movie poster, in which Mara’s breasts (and pierced nipple) are exposed, was leaked on the Internet today. “There’s a certain way people are used to seeing nude women, and that’s in a submissive, coy pose, not looking at the camera,” Mara says. “And in this poster, I’m looking dead into the camera with no expression on my face.” She smiles and flicks a cigarette into the street. “I think it freaks a lot of people out.”
When The Girl with the Dragon Tattoo is released on December 21, boobs on a poster will be the least of anyone’s concerns. In case you have somehow missed it, Swedish writer Stieg Larsson’s novel of the same title, published posthumously in 2005, may well be the unlikeliest runaway best-seller in publishing history, filled as it is with impossible-to-pronounce Swedish names, nefarious financial intrigue, festering Nazism—and some of the most disturbing sexual violence imaginable. As The New York Times put it, “The novel offers a thoroughly ugly view of human nature.” Though Dragon Tattoo is, at its core, a conventional thriller crossed with an old-fashioned murder mystery, the book, like its writer, is bizarrely preoccupied with graphic violence against women. (Larsson supposedly witnessed a gang rape when he was fifteen and never forgave himself for not intervening to help the girl—named, you guessed it, Lisbeth.) Indeed, the infamous rape and revenge scenes in the book are so painstakingly realized on the page that it’s hard not to wonder if Larsson was indulging a few submerged fantasies of his own. Despite all this, the so-called Millennium Trilogy (which includes The Girl Who Played with Fire and The Girl Who Kicked the Hornet’s Nest) has sold more than 50 million copies worldwide. 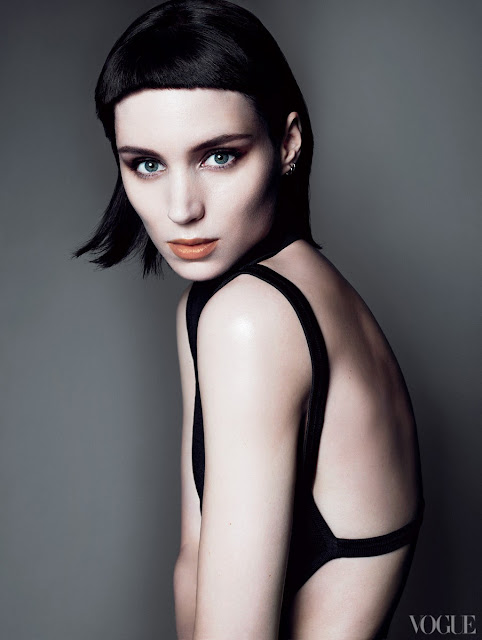 At the center of all of this howling evil is the strangely relatable Lisbeth Salander, a damaged, vengeful, brilliant, androgynous cipher—a wholly original literary character, and Larsson’s real contribution to the pop-culture canon. She is the reason that people can’t put these weird books down—and why David Fincher, one of the most sought-after directors in Hollywood, signed on to the franchise, despite its many inherent challenges. As Fincher said earlier at the restaurant, “Look, there are parts of the book that I don’t love, and parts of it that make it a maddeningly difficult story to turn into a movie. We are walking in other people’s footsteps, and we have to be careful.” He is referring to the fact that a lot of people already love the Swedish film versions. “I am a contrarian by nature, so all it does is make me want to take real risks. I am like, ‘If we are not out on the ledge juggling chain saws, then we are doing ourselves a huge disservice.’ ”
As Fincher talks about the film, his heroine, Mara—with Salander’s awesomely strange hair, bleached eyebrows, and facial piercings—sits next to him, looking for all the world like a troubled college student who takes too much Adderall. She hangs on his every word, her eyes lit with admiration. Their relationship, it quickly becomes clear, is charged with the electric current of the mentor-protégée crush, which is both touching and occasionally uncomfortable to watch. Or, as Daniel Craig, who costars as a crusading journalist named Mikael Blomkvist, says about their working relationship, “It’s fucking weird!”
When a waiter appears to take our order, we are all looking at our menus, but I see out of the corner of my eye Fincher nudging Mara. He says with quiet seriousness, “You can eat.” I look up to see her reaction. Mara rolls her eyes, and Fincher laughs. “You can have lettuce and a grape. A raisin if you must.” She orders a piece of fish and barely touches it. In the book, Salander is described as boyish and awkward, “a pale, anorexic young woman who has hair as short as a fuse. . . .” Noomi Rapace, the magnetic star of the Swedish versions, looked more like Joan Jett. “One of the things that make our version that much more heartbreaking,” says Mara, “is that even though I am playing a 24-year-old, I look much younger. I look like a child.” I ask if she had to get unhealthily skinny for the role. She says, “Umm . . . not really.”
“It hasn’t been too hard for her,” Fincher quickly adds. 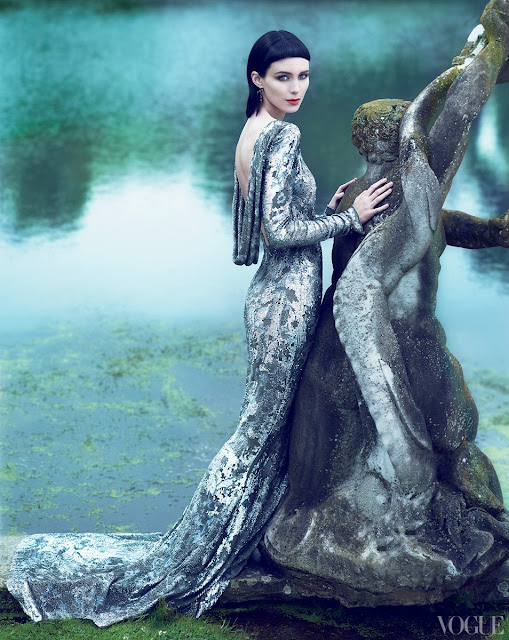 To tell the story of how Rooney Mara landed the role of Lisbeth Salander, one must go back to David Fincher’s last film, The Social Network. That movie, as you may recall, opens with five minutes and 22 seconds of blistering dialogue between Mark Zuckerberg (played by Jesse Eisenberg) and his fictional college girlfriend, Mara’s Erica Albright, on a relationship-ending date in a pub. “I remember the feeling that I needed a foil for Jesse and his intense inability to see other people,” says Fincher. “I needed somebody about whom the audience could go, ‘Dude! She’s right there!’ ” Radiating intelligence and self-possession, Mara was a natural for the part.
Then, as Fincher was putting the finishing touches on the film, he started casting Dragon Tattoo. “I had seen a lot of actresses,” he says. “I was beginning to get to the point where I was thinking, Maybe conceptually you are talking about a person who doesn’t exist.” One day his casting director said, “What about Rooney?” He resisted at first. “I believe in casting people whose core—that essential personality you can’t beat out of them with a tire iron—has to work for the character.” He needed someone who was dissociated, antisocial—the exact opposite of Erica Albright. But when he saw Mara’s audition, he was “struck by how different it was from what I felt I already knew about her.”
Mara pipes up: “You didn’t really know me at all, though.”
“I worked with you enough to have an opinion,” he says.
“I was only on The Social Network for four days, so I didn’t really get to know anyone,” says Mara.
“Twenty-four hundred takes,” says Fincher.
“Twenty-four hundred takes but only four days,” says Mara.
“It was a foundation,” says Fincher. “It was a, Wow, here’s someone who just keeps trying. Try this, try this, try this. . . . ” 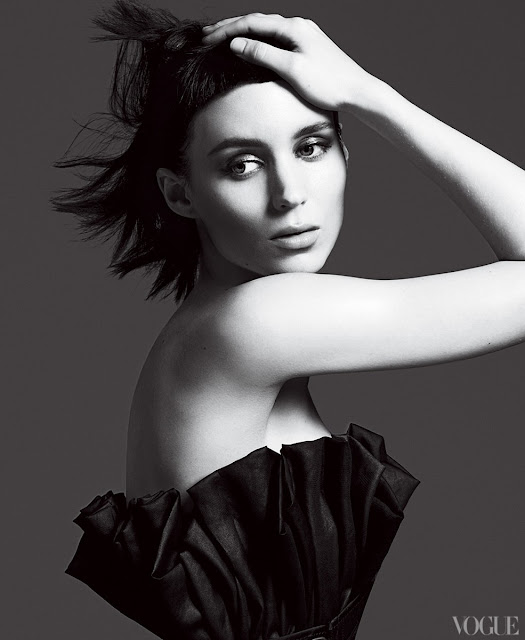 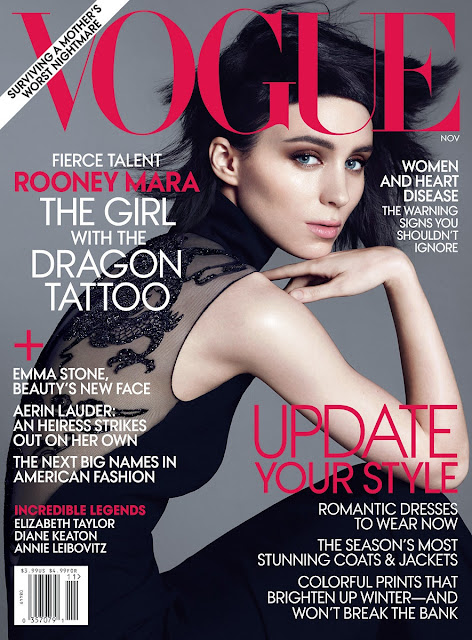 Perhaps because of this, Fincher seems a touch defensive about the choices he has made for his Salander. At dinner the night before, I used the word badass to describe Salander, and Fincher and Mara jumped all over me. “That’s a pose,” said Fincher. “It’s reductive to think of her that way. She’s not the Terminator. And you know, it’s not Dirty Harry, either. It’s way more feminine. Revenge is too easy.” Mara added, “Lisbeth lives by her own set of rules. She does the violent things she does for a reason, because it goes with her moral code.”
There is a scene in which Salander returns to Bjurman’s house knowing that she will be molested again—but videotapes it. “It’s a move on a chessboard,” says Fincher. “Somebody who is thinking in three dimensions as opposed to two. And it’s a compromise that she’s willing to make because it will free her. And then, of course, it gets worse than what anybody in the room could possibly imagine.”
In a funny way, the last time Fincher pushed these kinds of boundaries with a female character with her “own set of rules” was when he directed Madonna’s then-controversial video “Express Yourself,” in which she is portrayed as a masochist chained to a bed. How quaint that seems now. Twenty years later, he is asking way more of his actors—and his audience. 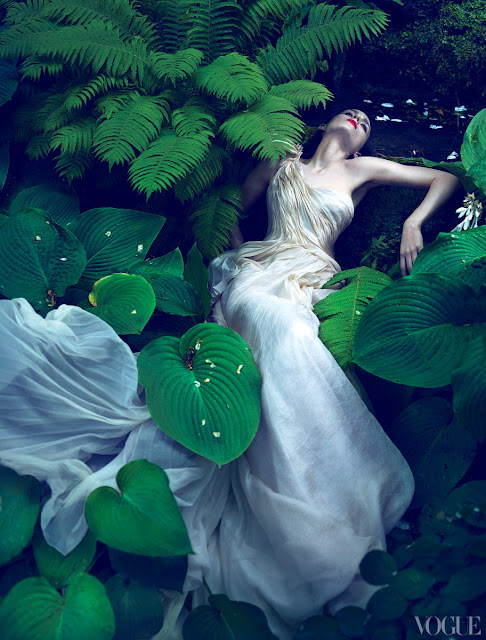 As van Wageningen says, “Let’s face it, the R-rated franchise is rebellious in itself. One morning, we were filming a sexually violent scene at 6:00 a.m. . .and I was like, ‘You want this to be the new Harry Potter?’ That scene is one of the nastiest things you will ever see on-screen. But it’s very stylish! Typical Fincher.”
“I saw this not as a blockbuster that appeals to everyone,” says Fincher. “I saw this as an interesting, specific, pervy franchise. The only chance for something like Dragon Tattoo to be made in all of its perversions is to do it big. I think The Godfather is a pretty good fucking movie. You can start with a supermarket potboiler, but it doesn’t mean you can’t aim high.”
In other words, there’s an awful lot of expectation riding on Mara’s slender shoulders. Turns out that almost wasn’t the case. Apparently, the reason for the endless auditioning process was that the studio didn’t want Mara. They thought she was too sensible, that she would never find herself in the situations Salander finds herself in. “I had said so often, ‘This is the one I want,’ ” says Fincher. “They said, ‘No. You are being obstinate. Move on.’ And I said, ‘Nope.’ Part of me wanted that last puppy that nobody else did. I didn’t want the consensus. I wanted the person that made everybody go, ‘Really?’ I needed that.”
VOGUE