You may or may not be a fan of old movies, but if you’re a fan of fashion through the ages, then you are almost certainly an admirer of Steve McQueen’s effortlessly cool style. His appearances in a wide range of films in the ’60s and ’70s have made him an icon of that era for both his talent and his style.

Today, we take a closer look at the career, legacy, and style of one of Hollywood’s most enduring stars.

Despite his rugged good looks, cool guy reputation and Hollywood success later in life, Steve McQueen’s youth and early years were punctuated with struggle.  The actor known as Steve McQueen was not, in fact, a “Steve” by birth. Born Terence Steven McQueen in 1930 at the dawn of the Depression, he was abandoned by his mother to be raised until age 8 by his grandparents and an uncle on a farm in rural Missouri. His uncle was one of the few adults in his childhood of whom he had fond memories. He would go on to live with his mother and two successive stepfathers, both of whom were physically abusive.

Dyslexia and partial deafness in one ear were also little-known disadvantages of his youth. In his teenage years, McQueen bounced back and forth between living on the streets, his mother’s home, and his uncle’s farm. His life was one of beatings, rebelliousness, and petty crime, and he was eventually sent to a boy’s home, the California Junior Boys Republic, where he stayed until the age of 16. The institution left a profound mark on McQueen, and he would go on to support the institution for the rest of his life. McQueen eventually landed in the Marine Corps, a 4-year experience which was not surprisingly riddled with resistance to authority. After numerous scrapes, demotions, and even a month-long stay in the brig, McQueen committed to the discipline of the Marines and was eventually honorably discharged with positive memories of his time with the service.

By 1952, McQueen decided to use his GI Bill funds to study acting. He supplemented his earnings by racing motorcycles, and even in his early days of driving, he was often successful. In 1955 he moved to Hollywood, where he landed bit parts in film and TV.

Throughout the 1950s, McQueen work steadily in television, culminating in the successful series Wanted: Dead or Alive, in which he played a bounty hunter. McQueen’s first big break into film came in the early 1960s when he was talent-spotted by none other than Frank Sinatra and given a small part in the film Never So Few. This quickly led to a part in The Magnificent Seven, which proved to be a hit, and the director would go on to cast him again in The Great Escape in 1963. His film career would span nearly every genre, style and character type for nearly 20 years.

In his personal life, McQueen’s rebellious, competitive nature proved to be a lifelong companion. He was famously antagonistic with directors and costars, and he considered Paul Newman as his professional rival. McQueen passed on Butch Cassidy and the Sundance Kid because he and Newman couldn’t agree on who would receive top billing. He also missed roles in Breakfast at Tiffany’s, Ocean’s 11, and Dirty Harry among others, some due to scheduling conflicts and others due to McQueen’s personal whims.

He was married three times (his second wife was actress Ali McGraw, whom friends claimed was his true love) and had two children with his first wife, though he was connected with numerous other women and actresses in Hollywood over the course of his career. He was a prolific drug user, smoker, and drinker. His love for racing never waned, and he enthusiastically embraced every opportunity to drive and do his own stunts in his films. He would eventually own a collection of 130 motorcycles.

In 1980, at the young age of 50, Steve McQueen died from pleural mesothelioma, a type of cancer associated with asbestos exposure. McQueen believed it originated from high exposure to asbestos while in the Marines.

Steve McQueen’s role as Captain Virgil Hilts in The Great Escape cemented his stardom in Hollywood. Considered the most important performance of the film, McQueen’s costars included Richard Attenborough and James Garner, who were already movie stars in their own right. The film follows the escape attempt of Allied prisoners of war in a POW camp in what is now Poland. An international ensemble cast plots to dig three tunnels, named Tom, Dick, and Harry, and each character is given a task and a nickname. Though the film is based on real events, the story was heavily adapted for the screen to heighten the drama and the suspense of the escape.  In one famous scene, McQueen’s character jumps a high fence on a motorcycle; the stunt, which did not occur in real life, was requested by McQueen purely because he was an avid motorcyclist.

The film was a commercial and critical success, and today it is still considered a film classic.

The Sand Pebbles – nominated for an Academy Award (1966)

The Sand Pebbles, a lesser-known film from Steve McQueen’s body of work, is notable in that it was the only role that netted McQueen an Academy Award nomination. The fictional story is centered around a rebellious Navy machinist’s mate aboard a navy vessel nicknamed the Sand Pebble in 1920s China as the ship patrols the Yangtze river. China is in the midst of a revolution, and the ship and the crew must navigate a tense, evolving political situation and personal entanglements in which it is almost impossible to remain neutral. The drawn-out filming was fraught with bad weather, local government conflicts, illness, and equipment issues, and McQueen was heard to have said that he had paid for the sins in his life during the filming.

There are some that consider the 1968 version of The Thomas Crown Affair to be the most stylish film ever made. Bored millionaire Thomas Crown, played superbly by Steve McQueen, entertains himself by organizing the “perfect” bank heist. An insurance investigator played by Faye Dunaway is sent to investigate the robbery, and she immediately suspects that he is the responsible party. A game of cat and mouse then ensues, and McQueen and Dunaway’s characters become romantically entangled despite their opposing goals.

Originally the part was offered to Sean Connery, but Steve McQueen’s smug confidence and dapper style (as well as the memorable score) made the film a cinematic triumph.

Bullitt was one of McQueen’s best-known films in terms of critical acclaim and commercial success. The film spoke to his love of cars and driving. The plot begins with McQueen’s maverick police sergeant character Frank Bullitt being assigned to protect a mob defector, Johnny Ross, from retribution before he can be called as a star witness in a hearing on organized crime. An assassination attempt is made, and through a series of aliases, cover-ups, and other twists and turns, the viewer is led to a dramatic conclusion. The film is noted for filming extensively on location and capturing realistic depictions of police procedural detail at the time.

That being said, the most memorable scene in Bullitt is the car chase, in which Bullitt (in a Ford Mustang) chases two hitmen (in a Dodge Charger) through the streets of San Francisco. The scene is considered to be one of film’s best classic car chases and took nearly 3 weeks to film on location. At the time, it was certainly it’s ground-breaking even though it might seem slow compared to modern-day car chases. McQueen tried in vain for years to buy the 1968 390 V8 Ford Mustang GT fastback he drove in the film, but he never succeeded. Nevertheless, Bullitt is certainly one of Steve McQueen’s most iconic works.

Steve McQueen could not have been nicknamed the “King of Cool” without the requisite wardrobe. Steve McQueen could pull off casual workwear, western attire, and 3-piece suits while looking equally authentic in them all – not many men have that kind of range. He rocked a certain nonchalant confidence that is the envy of every man who has perused a style gallery of his most famous looks. He was one of the lucky few men that simply looked good in everything he put on.

Here is the best part about Steve McQueen’s style: virtually any of his looks would pass for stylish right now, so you can draw inspiration from his aesthetic without looking the slightest concern of looking dated.

Why Steve McQueen’s Style Worked For Him

Here are some of the many reasons that Steve McQueen’s style just worked, and will work on you as well: 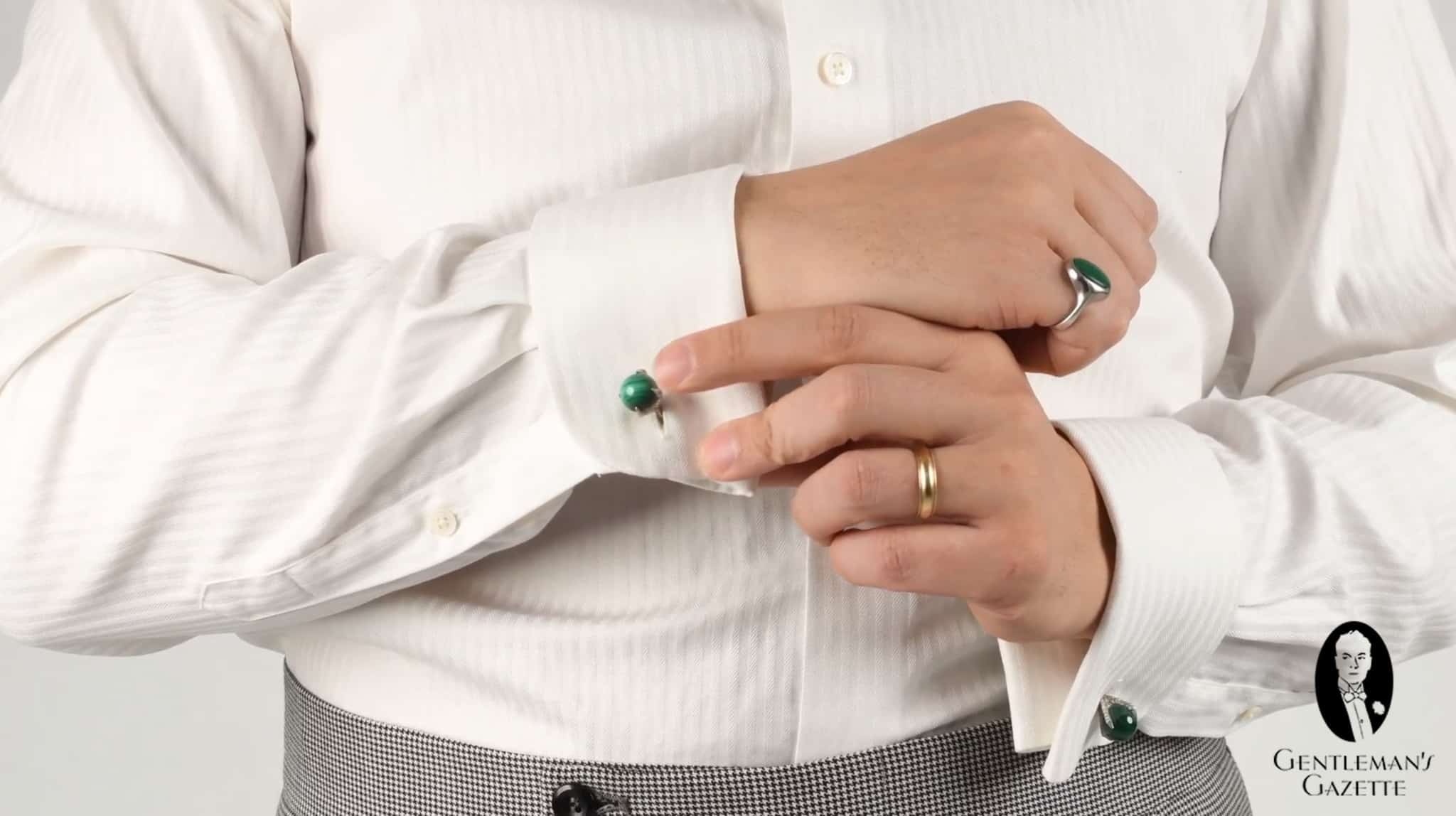 Not only can a ring (like the malachite pinky ring pictured here) make a statement, but it can also be paired with cufflinks–in this case, eagle claw cufflinks from Fort Belvedere also featuring malalchite,

How to Get Steve McQueen’s Signature Look

To replicate the key elements of Steve McQueen’s effortless cool-guy look, do the following: 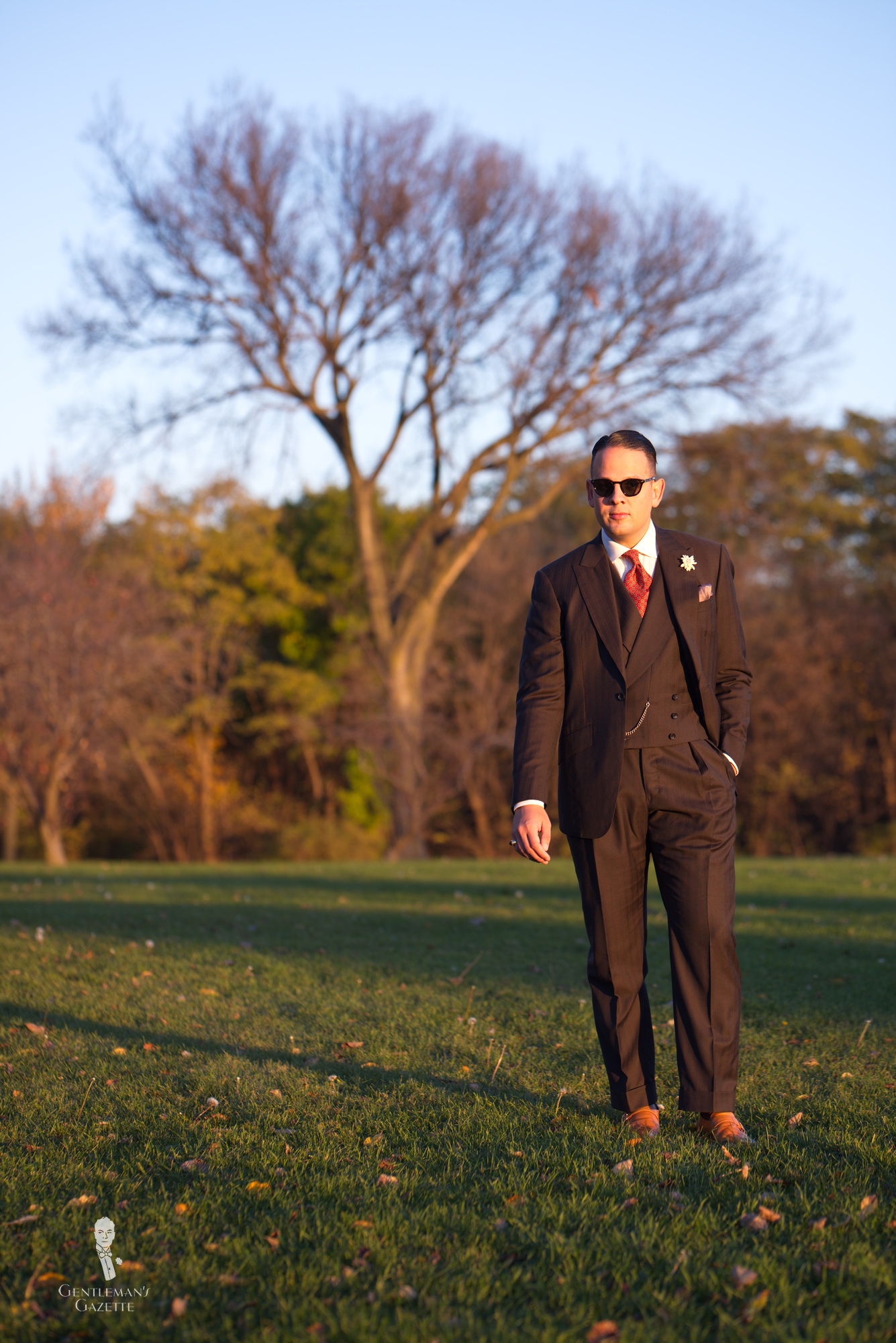 While there are certainly aspects of Steve McQueen’s personal and professional life that would not necessarily be considered “gentlemanly,” his memorable performances on film. and his undeniable command of a cool and effortless style, mean that his influence in both of these areas is one that won’t soon be forgotten.

What do you think of Steve McQueen’s legacy and style? What would you replicate from his wardrobe? Let us know in the comments!