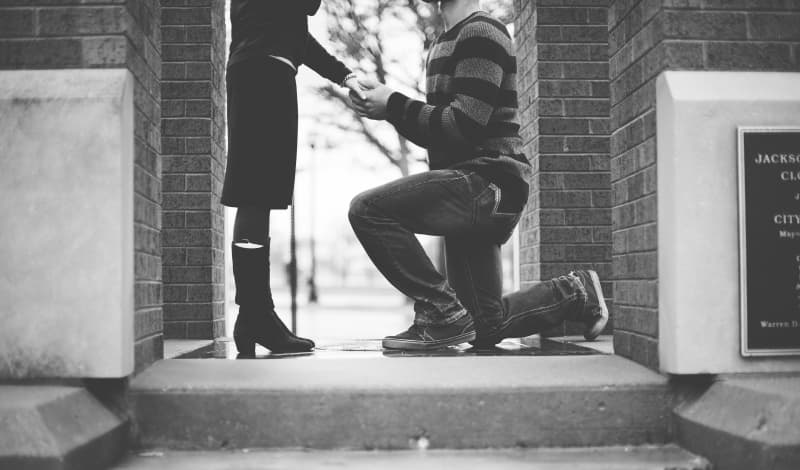 You get up late. Today is an important day. You take a quick bath. Apply cosmetics on your face, hair, armpit, and nails. You check whether the gift is still in your bag. It is a pink tee that you bought from an exclusive showroom on an alleyway at Connaught Place. You find that the front tire of your manual-bike is flat. Daddy agrees to drop you in his car. You wink. Everything is happening exactly in accordance with what you have planned.

I still remember that day. It was the month of August and I was in my eleventh standard. Sweet sixteen you know. Those were some days… I used to literally crave to go to school. We just had had our long holidays and everyone was full of a new spirit, new plans, new hairstyles, new books and well, stories of new girlfriends and boyfriends.

Yes, new was the air all around. We would play dumb-charades in school. We would play truth and dare, and dare to hit our favorite teacher’s back when she was scribbling things on the board. I began to loosen up. I started breaking some of the school’s rules and some others of mine. In fact, it was only then that I learned to bunk school in order to watch movies.

Funny, that time is, in a person’s life. Isn’t it? You feel an inexplicable change occurring to your mind and your body. A strange freshness enters your life and you yearn to do something new. Something different from others. You want to make up for all that time which you now think you wasted in all that mugging and crapping in high school. Suddenly you feel an urge to make more friends. You become more and more sociable. In fact, it is the same time when most of us start taking an interest in the gender of our choice, which in my friend-circle meant — the opposite sex.

A Flashback: KV Borjhar, Guwahati, August 1994: There is a ‘smart’ boy with neatly parted hair and a handkerchief strung over his shirt pocket. There is a cute girl with a pink smiling face, well-groomed bobs, and a yellow-red daisy duck bag strung on her back. With an invisible corner of his left eye, he tries to look at the resplendent her. She is beautiful. But his right eye is caught by a pair of squinty eyes. The teacher makes the new girl sit with him. The girl says ‘hello’ and graciously offers her hand to the smart boy. But she is a girl!! He says hi and graciously refuses to accept them.

I have this very peculiar theory about boys that most of them want to have girlfriends only because they want to impress their male friends. Having a girlfriend is usually considered to be a matter of greater manhood. You feel ecstatic when your friends call your girlfriend their bhabhi. Having a girlfriend is also beneficial when it comes to parties, picnics and all that social stuff. When you have to prove how sociable you are. In fact the more the number of girlfriends one has, the greater he is considered to be a dude.

So, I was in the eleventh standard and most of us were fed up with firstly the boards and then those endless holidays. Results had been out a long ago and people were jubilant (as well as surprised) with their more than expected percentages. I was especially on a high. I had topped the school and had been continuously showered with ‘unnecessary’ praises ever since. But despite all that ‘highness’, there was something that I felt was missing. Something I was very unhappy about. I was considered a nerd. A bookworm. An introvert who seldom engages himself with others. And honestly speaking, I never enjoyed that. I wanted to erase that image. I mean I was good at sports too. Why did people fail to notice my expertise in games? In short, I wanted to be a hotshot, a dude — one who studies as well as enjoys life. And I thought having a girlfriend would make me one.

Another Flashback: KV Amla, near Nagpur, August 2003: There’s a geeky-looking boy with bespectacled red eyes. Perfectly groomed hair and a badge over his shirt pocket, with class monitor carved on it. There is a girl with a radiant smile on her face, sitting across the boy on the same desk. The boy offers her a chocolate bar and she stands up, making way for another girl. There are many of them; in fact, the entire female population of the class, by the look of it. The ‘new’ girl ‘also’ ties a band on his hand. The occasion is simple: it is Raksha Bandhan.

After a lucky start to the day, the protagonist lands up in school. With a blue-black rucksack, with a pink tee inside it. And as soon as he sees her, he decides to run away.

Being a discipline-prefect was never a cup of tea for me. But then, the principal loved me so much! Moreover, I had no other option. She simply called me one day, into her private office and gave me the badge to wear. And when I said ‘what’, she said ‘yes’. I once again opened my mouth to convey to her that the mystery man, who had blasted the teachers’ toilet the previous year, was actually the person standing in front of her. But then she entered the office and I immediately looked down and submitted myself to her (the principal, mind it!!). The italicized she was the one.

Thus, my dear principal made me stand at the entrance of the school to check other students’ shirts, pants, shoes, ties, and whatnots. When I thought about the classroom — She must have come by now. Ravi must have come too. He must have greeted her before me. — it put a noose around my head. But then I took a deep breath, tried to relax and punished a boy by making him stand on his knees because he had forgotten to wish good morning to a senior, that to the prefect.

Ravi. Now, you don’t know him, right? OK. In the most succinct of forms, I can (safely) say that Ravi was my best friend. We used to sit with each other. We used to eat with each other. Sometimes we used to ‘sleep’ with each other too. But we were not underwear-buddies. Mind it. For me, sanitation comes before friends. Rahul and Ravi had replaced Viru and Jay in our school.

But there was a problem. And it was that I hated him. I hated him more than our chemistry teacher. In fact, I hated him to such an extent that I wanted to break our friendship forever. And I hated him because I somehow thought that she had feelings for him.

In the English class one day, the teacher decided that it was time for some break and so she made us enact a dramatization of Austen’s “Pride and Prejudice”. There was no doubt that she would be made the Elizabeth. Even Ravi whispered in my ears that she looked amazingly stunning in her bday dress. (Surprise! It was her birthday.) Considering the moment to be apt, I asked him whether he had greeted her before assembly, but then our teacher saw my mouth open and decided to make Ravi as Darcy (instead of me?).

This post was previously published on Hello, Love and is republished here with permission from the author.
—

The post The Day I Proposed to Her — a Comical Teenage Drama appeared first on The Good Men Project.