Heres the thing about skateboarding: anyone who can skateboard is legally mandated to be hot. If you can do tricks on a skateboard, you are automatically a cool and hot person. Tony Hawk, for example, is cool and hot. Spike Jonze also would fall under this category, even though you most likely know him not as a skateboarder, but as the guy who made the movie about a guy who falls in love with his cell phone (hot). Usually people who skateboard know a lot of facts about punk rock and have made scientific breakthroughs when it comes to cuffing ones suit pants. I havent met many people who can do an ollie on a deck, but I would say it is on my bucket list. This is because when you see someone do tricks on a skateboard while you are walking around lower Manhattan on the weekend, you are likely to be like, woah, and feel a bit flustered. In just a few months, the official sport of hot people will make its debut in Tokyos Summer Olympic Games. 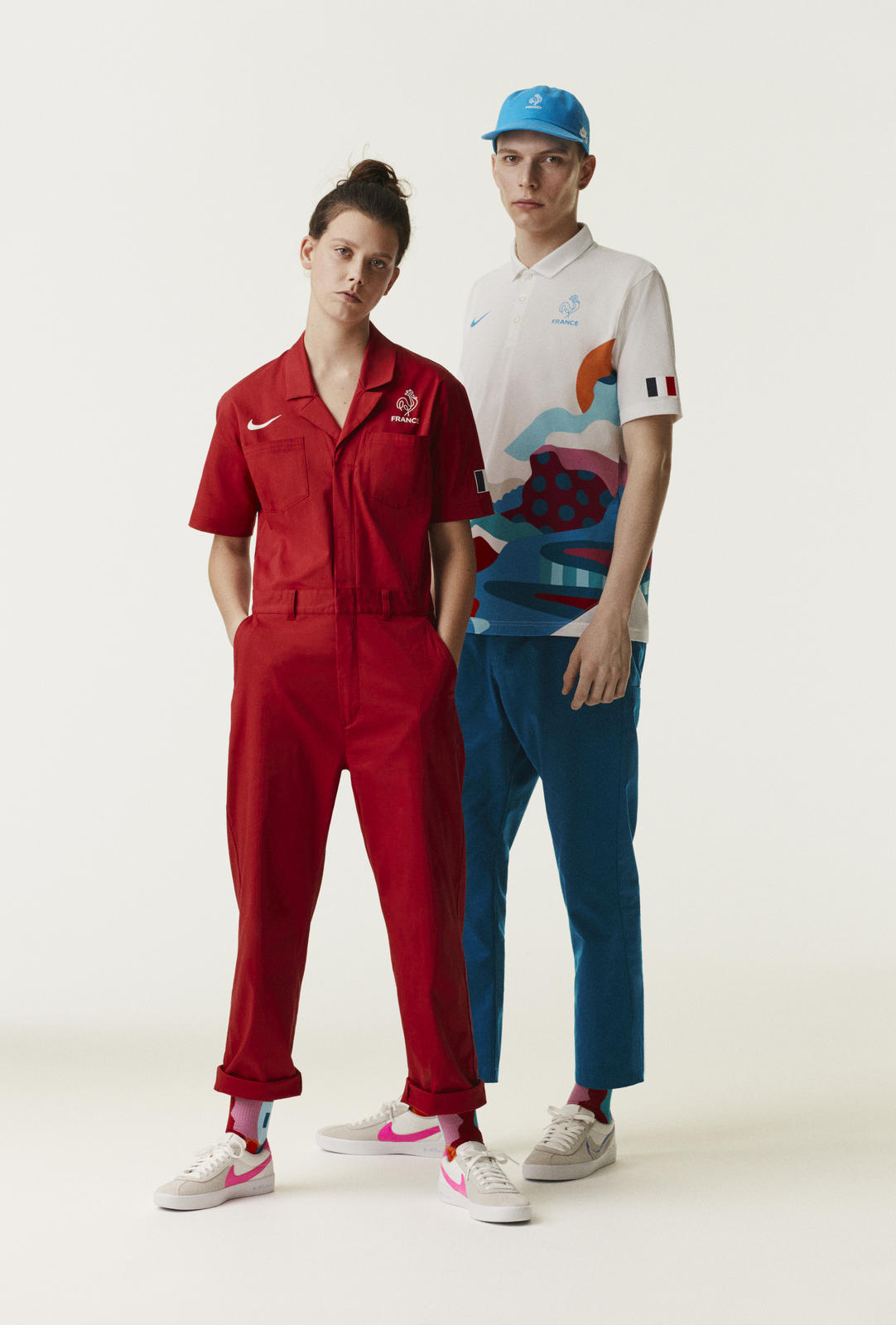 For obvious reasons, Nikes olympic skate uniforms are extremely flattering and look sick as hell. Designed by the Dutch artist and frequent Nike collaborator, Piet Parra, the general vibe of these uniforms is that of a person at a house party talking very loudly about guitar effects pedals, or a butcher who listens to a lot of Slayer (to be clear: neither are bad things). On the French team, women will wear red jumpsuits and men will wear impeccably tailored teal pants paired with tennis shirts that feature childlike landscapes in soothing primary colors. I have had crushes on people of all genders wearing similar fits. This proves, once again that no matter who you are and where you come from, if you are a skateboarder you are hot. 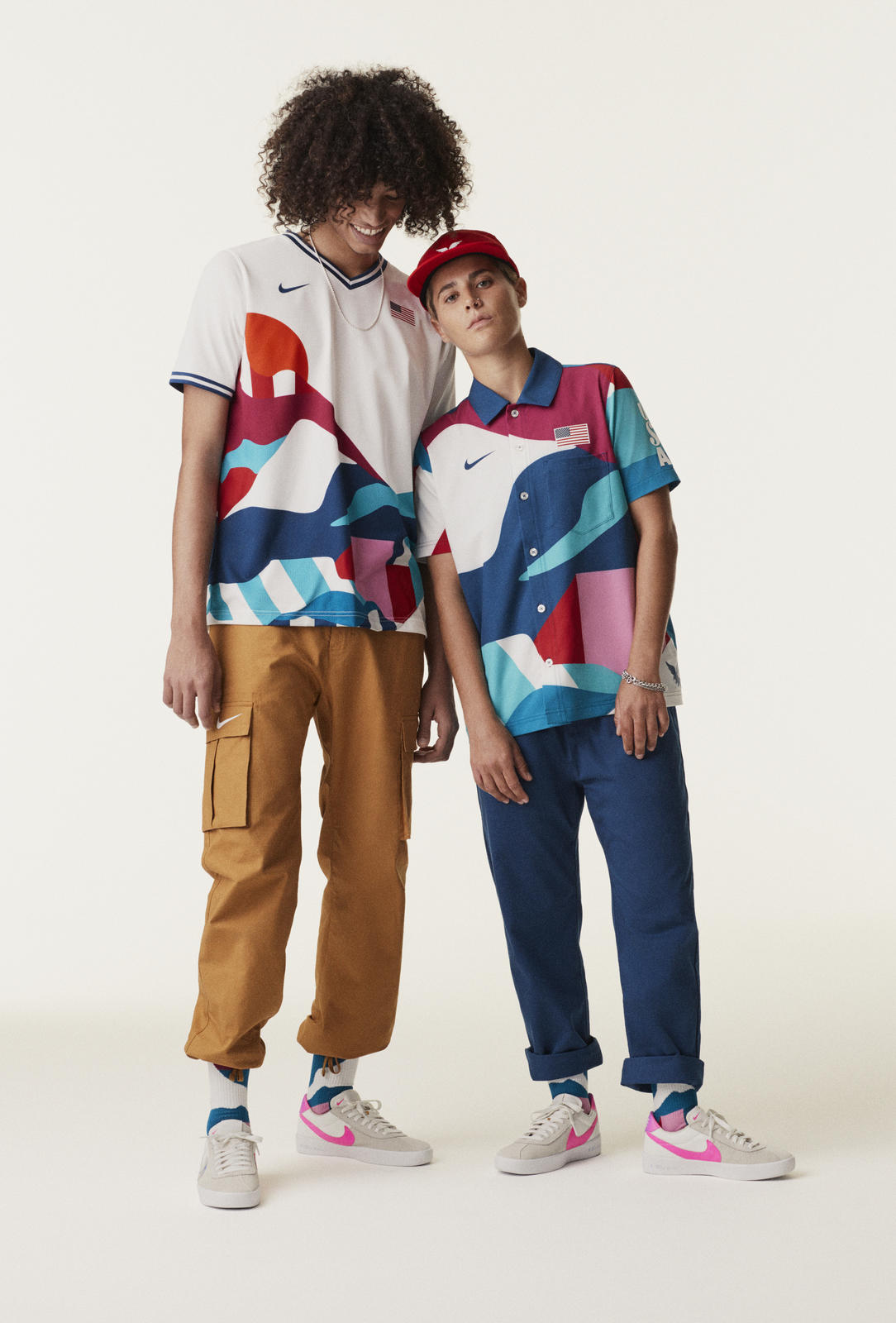 The women on the American team will wear perfectly cuffed dark blue pants and similarly sick tennis shirts. Meanwhile, the men will wear mustard cargo pants that are chock full of pockets and a cool v-neck jersey that features an equally naive and doe-eyed pattern. If I saw someone on the G train wearing either of these outfits I would contemplate asking for their number, but would not have the courage to follow through. The Brazilian outfits are objectively the most fun. More rave-ready than skate-ready, the men and women both wear bottoms in a very appealing bright green, and really great little jerseys. The mens uniform features a pair of basketball-adjacent shorts, which reminds me of mens obsession with wearing gym shorts after [redacted]. 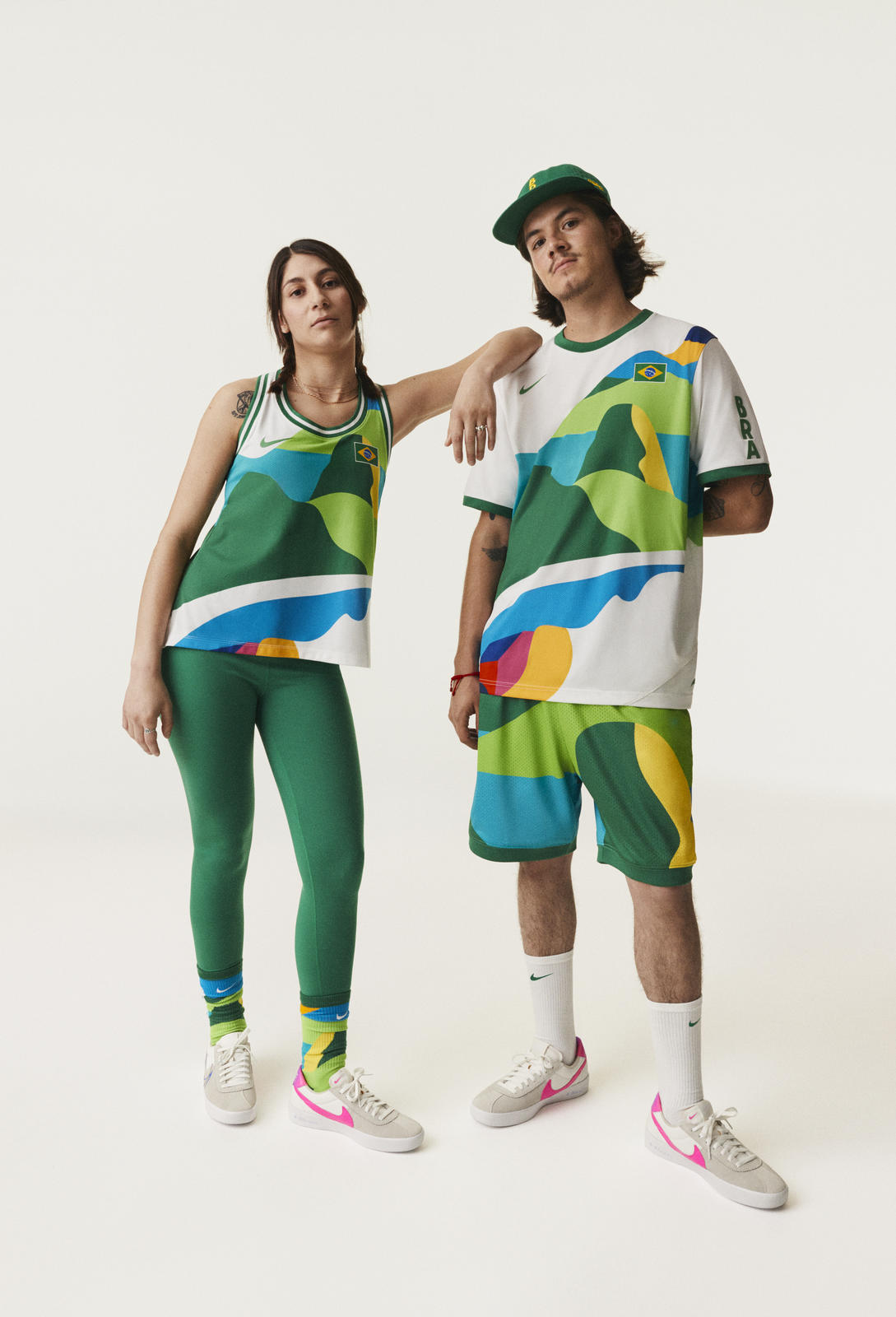 The real best part of these looks is that they are sustainably made. 100% made out of recycled polyester, the skateboarders will be wearing looks that are not contributing to fast fashions destruction of the environment. This means when you see this crew of incredibly hot people doing kickflips or whatever it is you do on a skateboard, they will be doing so responsibly and sustainably. In my opinion there is nothing hotter than keeping the planet cool with your fashion choices. I look forward to seeing all of these fits in action, and I also hope to see the uniforms trickle into street style in the coming months. Additionally, I am saying a prayer that these uniforms influence non-skaters to do stuff like wear dickies jumpsuits and cuffed cargo pants more often. I think this would make the world a better and sexier place. Just, wow.

Get The Inside Scoop on Glacier Hiking in Iceland
December 01, 2022

5 Excellent Alternatives to Those Sold Out Bottega Veneta Earrings
November 30, 2022